In this article we will learn  how to fold with you  of origami of the Angora cat from paper. For this purpose we need the square sheet of paper. 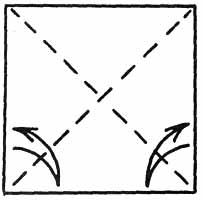 1. Fold a square on diagonals. 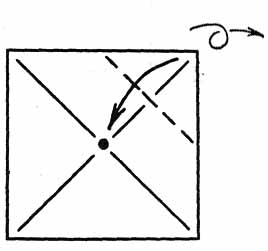 2. Fold one corner to the center and turn the figure. 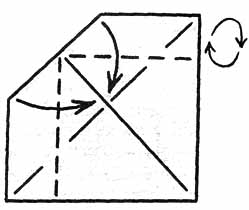 3. Fold the two strips to the center. 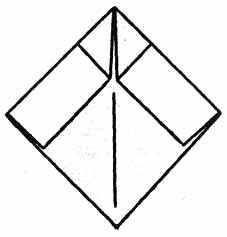 4. Result. Now we will engage  the top part of a figure. 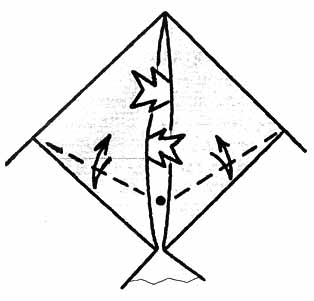 5. Opening the pockets on the left and the right, fold on mentioned lines.Their position strictly aren’t certain, but they have to meet in one point. 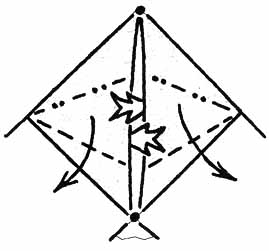 6. Open and flatten out two pockets, folding on the planned lines. Marked point must coincide. 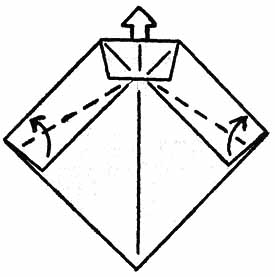 7. Lift up a triangle behind and bend strips so that their right angles have concerned sides of a figure. 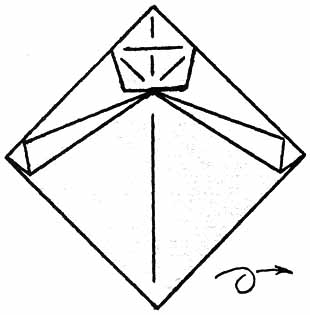 8. Check result and turn a figure. 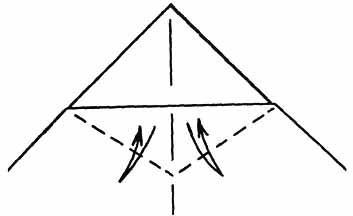 9. Fold on the lines coinciding with the planned lines  in paragraph 5. In order that to see them, look at light. 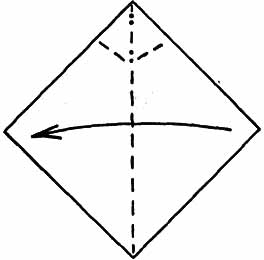 10. Fold figure in half. Please note folding line “mountain” on the top! 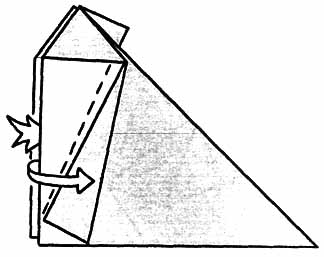 11. You have to make it such a result. Open a pocket on the left. 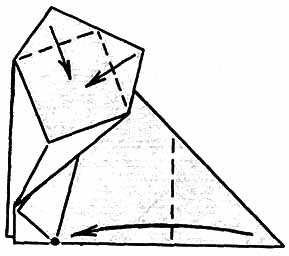 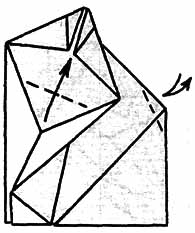 13. Fold the top right of the small triangle, exciting part of the folded tail. 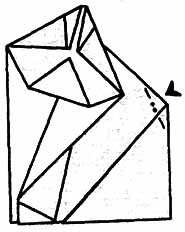 14. Bend it into figures (for this slightly open it from below). 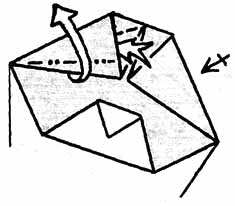 16. Open and flatten out two pockets – ears will turn out. 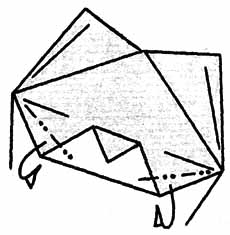 17. The lower part of the cheeks bend back. 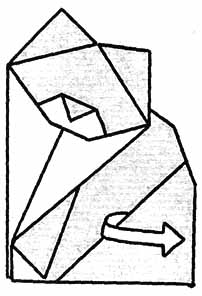 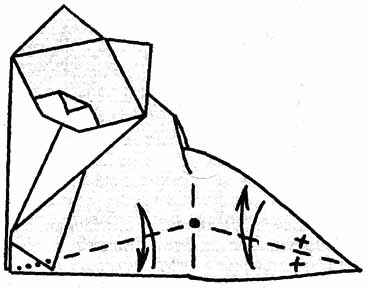 19. Fold all the layers of paper on these lines. 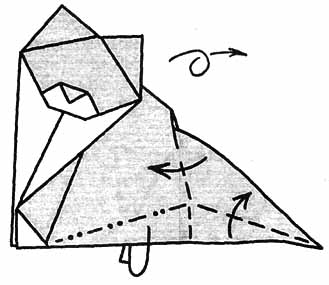 20. Now return a tail into place.At the same time bend the left triangle in a figure,picked up only one layer of paper. When bending the triangle to the right pulls the top two layers. 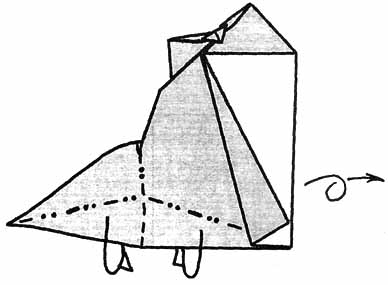 21. A type of a figure behind during this action. 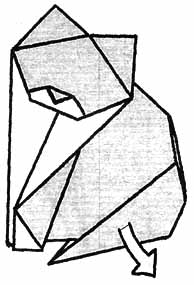 22. Result. The tail is now like hugs the lower part of the outer layer of paper. Pull the tail down and to the right. 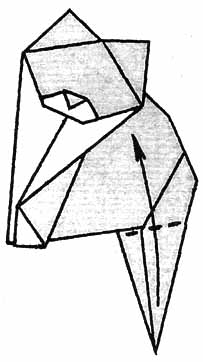 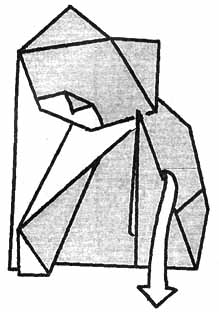 24. And again, lower down. To complete the remaining parts. 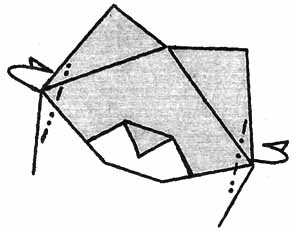 25. Fold external parts of cheeks of a muzzle back. 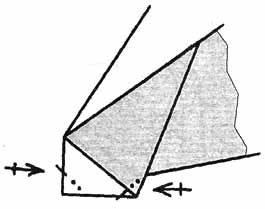 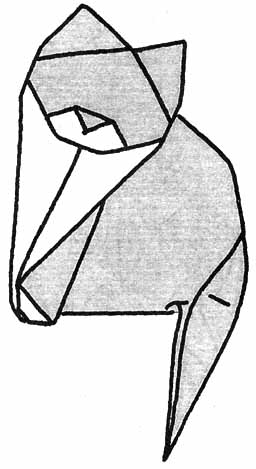 27. The figure of the sitting cat has to lean on a tail partially, departing from body forward by almost a right angle. Origami Angora cat is ready.