Now we will learn how to fold  bull terrier from paper. 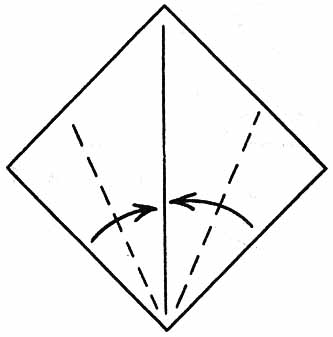 1. Fold a square diagonally and fold to her lower sides. 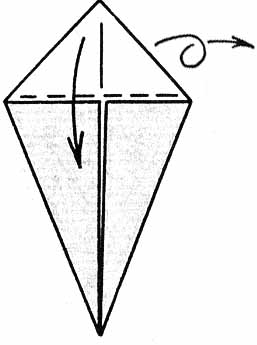 2. Lower a triangle down and turn a figure. 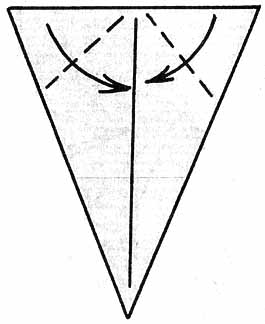 3. Fold upper sides on the the bisectors to the central diagonal. 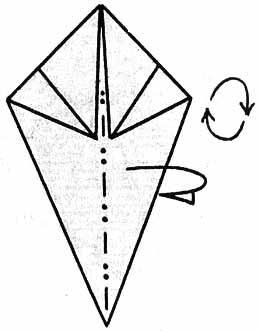 4. Bend a figure back in half.

5. Pull out the triangle. 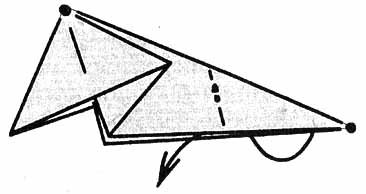 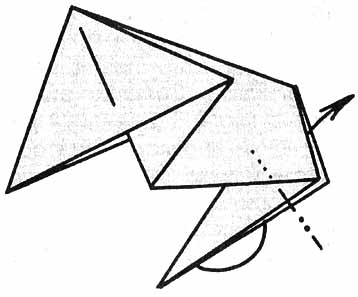 7. An exemplary position of concave tail.Pull him out, leaving at the bottom small triangle for hind legs. 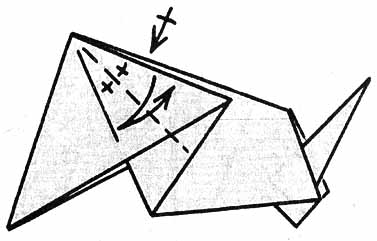 8. In front and behind bend on a bisector of the top corner. 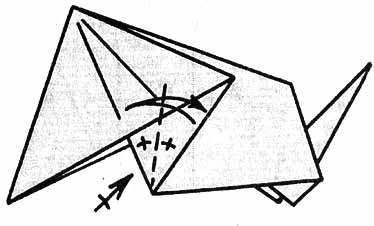 9. Now on the bisector of the lower corner. 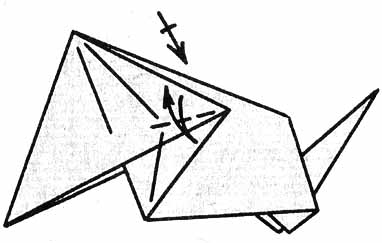 10. The inflection line connects point of intersection of bisectors and corner of an ear on the right. 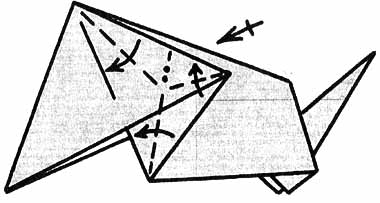 11. Bend on all three planned lines at the same time. The position the fold lines “mountain” is determined automatically. Repeat behind. 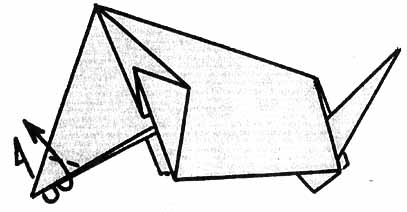 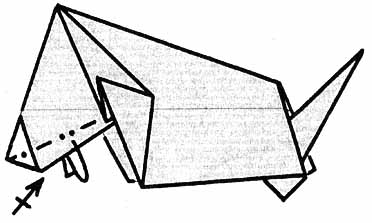 13. Fold the strips inside – make a narrower than a muzzle. 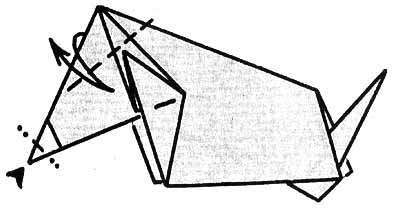 14. Bend all layers of paper on the specified line.Her position is not strictly fixed. 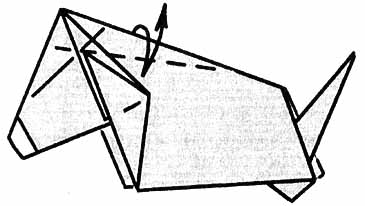 15. Similarly fold on the second line. 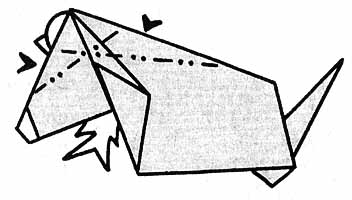 16. Opening a figure from below, bend her top inside on the lines planned in points 14-15. At the same time the top point  easier to fold forward.

17. Again make a figure flat. Right half of each ear bend back, and slightly open the pockets of the ears. 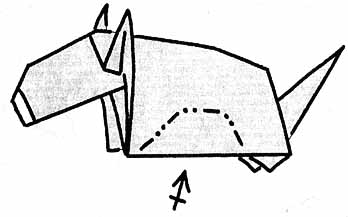 18. Designate a belly slightly planned lines of a bend “mountain”. Slightly open the figure below. 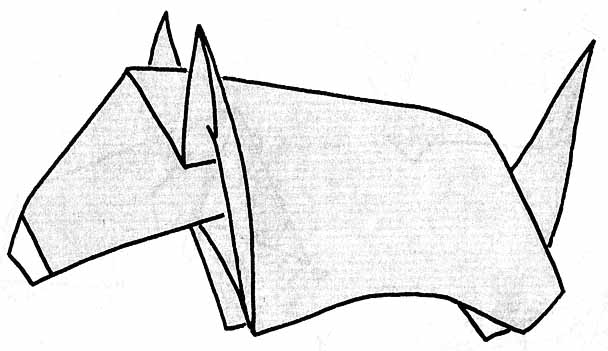 19. If you take pink square of paper and start working,  having put it the color party to yourself,and the white side to the table,at the finish you will have the a white dog with a pink nose! The English bull terriers of the initial line were white color.