Hi. Now we will learn how to fold origami cat from paper. 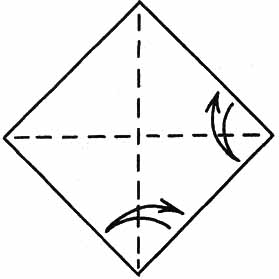 1. Bend a square on two diagonals. 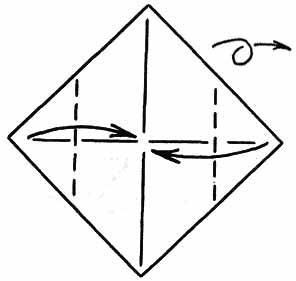 2. Fold two corners to the center and turn a figure. 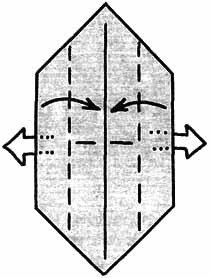 3. Fold lateral sides to the central vertical, at the same time pulling out the triangles in the parties located behind. 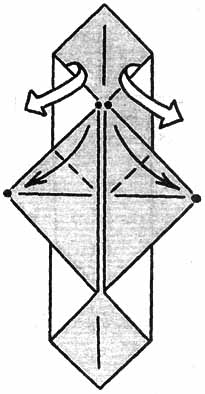 4. Open and flatten out the upper part of the figure. Marked point must coincide. 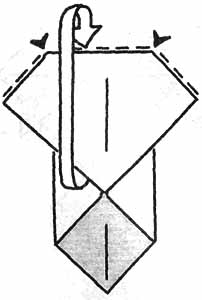 5. Throw formed wrong pentagon back. For this figure should be opened almost completely. Press down at points marked with arrows. 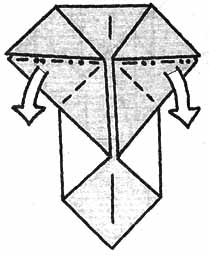 6. Bring a paper hidden under triangles down, at the same time folding on the specified lines. 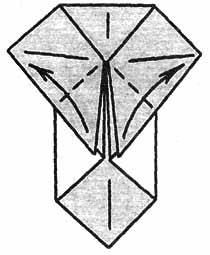 7. Fold to the top triangles. 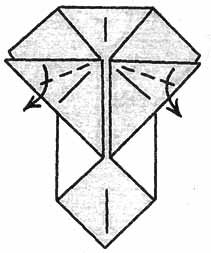 9. Check the results and turn figure of cat. 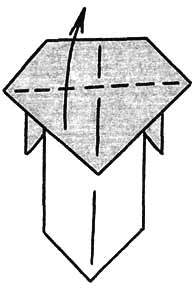 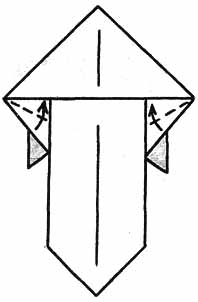 11. These folds are shown in the following two pictures details. 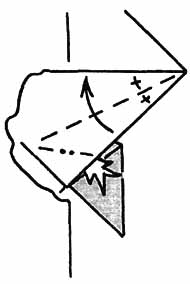 12. Flatten out a pocket, folding on a bisector. 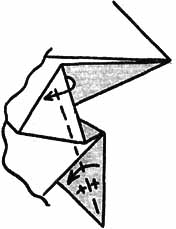 13.  The lower paw of  cat make thinner (at the top of this will open at a tiny pocket). 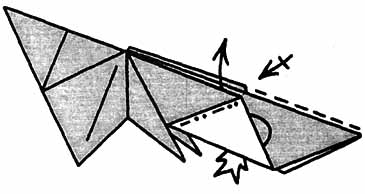 15. Right side fold upward ( open it at the same time almost completely). 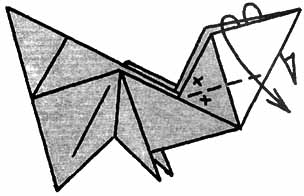 16. Check the results and bend the top part outside, folding the paper in the bisectors of angles. 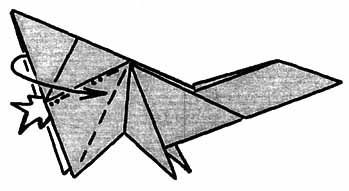 17. Open and flatten out pockets at the left. 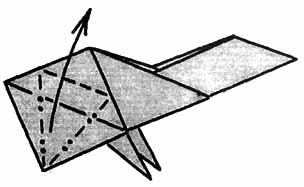 18. Bend lower the parties to the center and extend upward a rhombus. 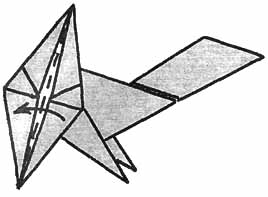 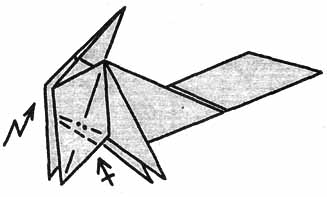 20. On the hind paws make-folds lightning. 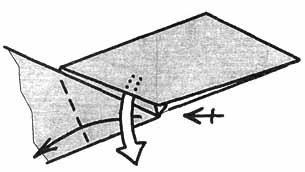 21. From under a rhombus in front and behind pull out a triangle. 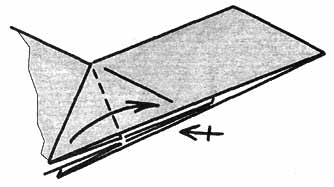 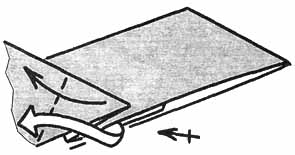 23. In front and behind open pockets. Check the result on the next picture. 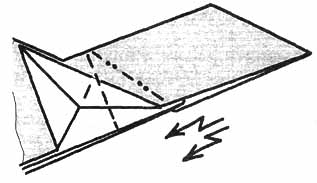 24. Make a double fold-zipper. Attention! In front fold one top layer of paper and and behind – three, that is two inside layers leave back. 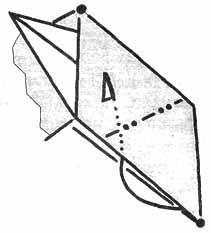 25. Fold  rhombus half inside. The points must coincide (the fold line is better to plan in advance). 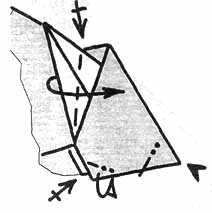 26. Give final shape of the muzzle. 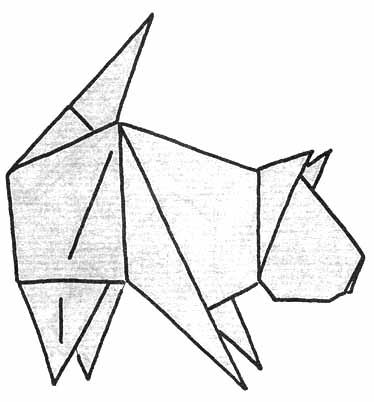