The figure invented by Sergey Afonkin. 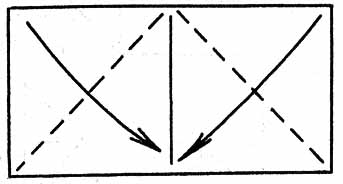 1. Fold a half of a square in half and fold the top corners down. 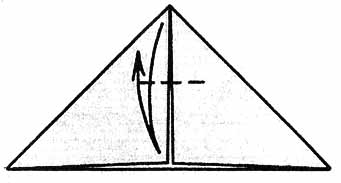 2. Fold the top corner to the basis. 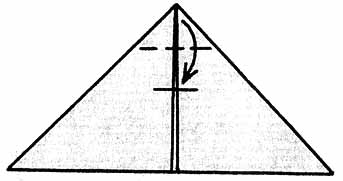 3. Fold corner to the planned line. 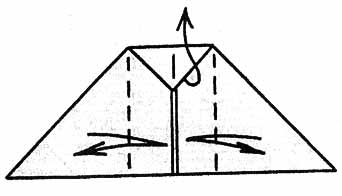 4. Fold on the specified lines, lift up triangle. 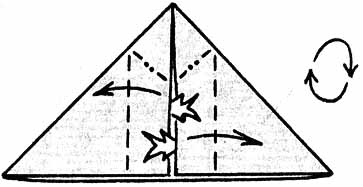 5. Open middle part of the figure, folding on the planned lines. Turn figure. 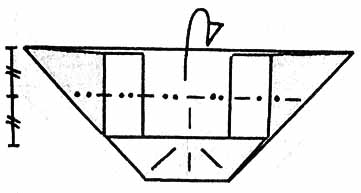 6. Fold the top strip back.

8. Bend the parts which are sticking out in the parties to the center.

9. Fold the triangles in half. 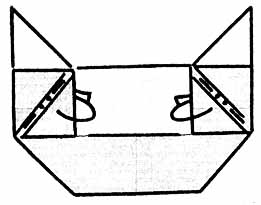 10.  Stick  formed small triangles into the pockets lying under them. Turn a figure – we will engage  a muzzle. 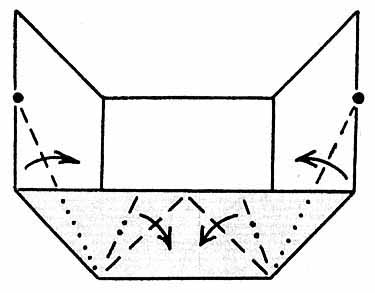 11. The position of the fold lines “mountain” is defined automatically. 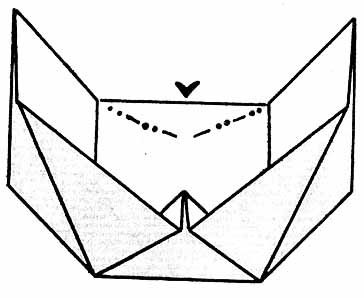 12. Check the results. Lightly press down on the top of the head. 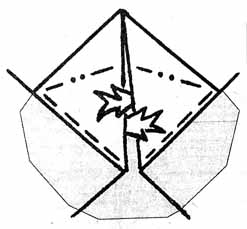 13. The principle of disclosure of nose close up. 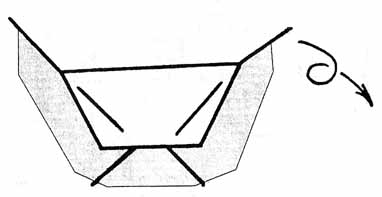 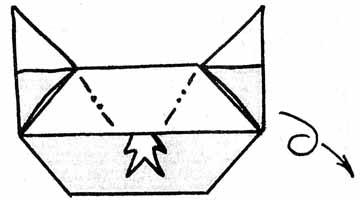 15. Much lift and slightly open the pocket.The head becomes volume. Turn a figure. 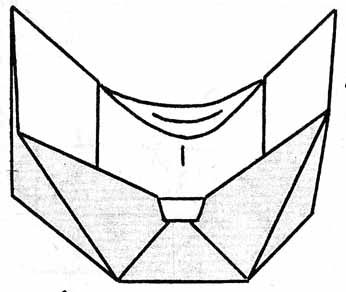 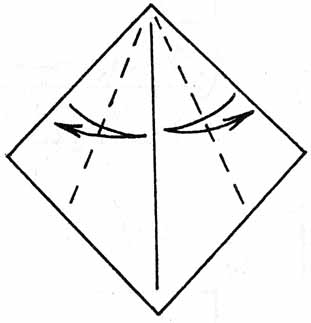 17. At first fold a square on diagonal, and then on bisectors of two top corners. 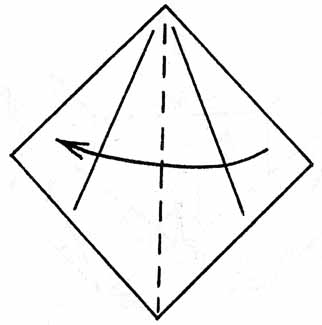 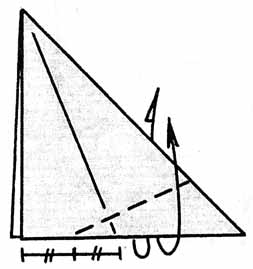 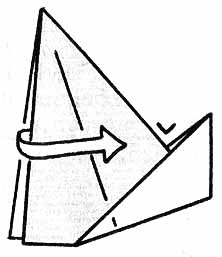 20. The sides of the triangles form a right angle. Open figure. 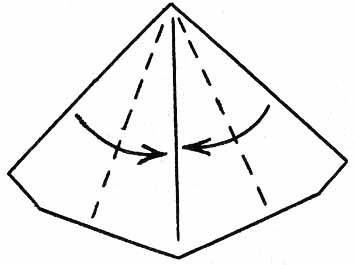 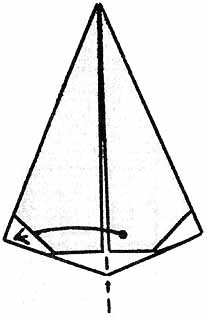 22. The right angle at the center of figure shove into a small pocket on the left.

The pyramid will turn out. 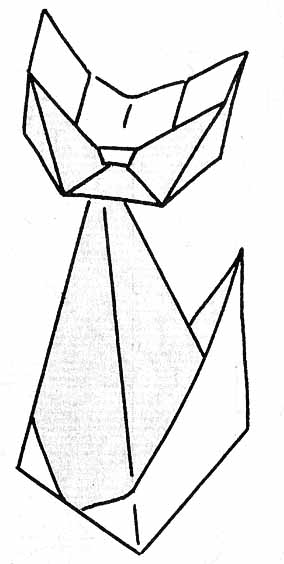 24. Put on the head trunk pyramid top.With a light touch of the head should be free to rock and rotate freely – where are the birds?