We fold together a cat from paper.

1. Fold a square diagonally and bend to her the lower sides. Try to leave a small crack between them. 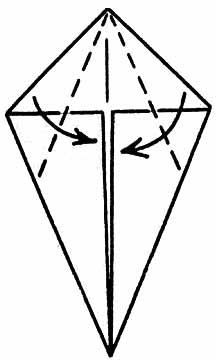 2. Fold the top side of the diagonal.

3. Again, fold the lower side.

5. Position of lines of a bend outside is defined by lateral faces of triangles in a figure. 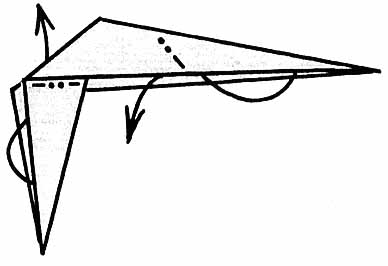 6. At the left pull out upward a triangle of future head. On the right bend a tail inside so that his left edge has formed a right angle with the basis of a figure (fig. 7). 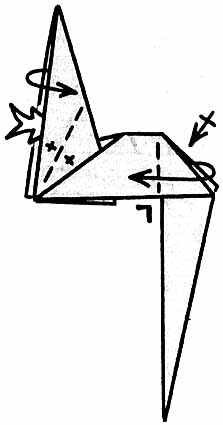 7. At the left open a pocket on a bisector,and on the right throw halves of a tail on the left (in front and behind). 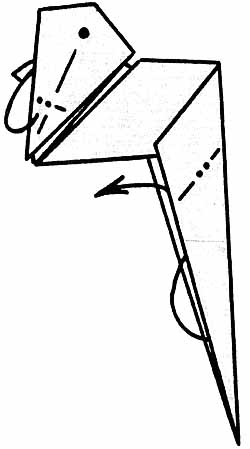 8. The tip the muzzle   bend inside to the point.Bend a tail inside so that his upper edge passed almost parallel with the base figure. 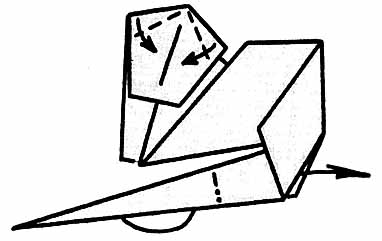 9. Pull outside the tip of of the tail. On the muzzle fold down two narrow triangle. 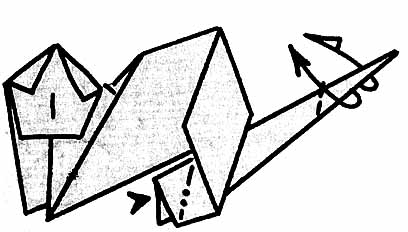 10. Bend inside a triangle in the basis of hind paws and the tip of tail bend the outside. 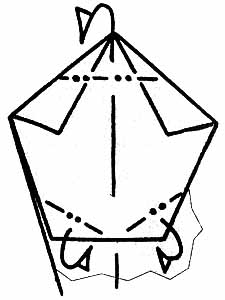 11. Muzzle close up. Fold back top of the head and two triangles at the bottom. 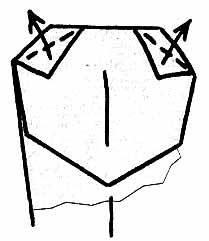 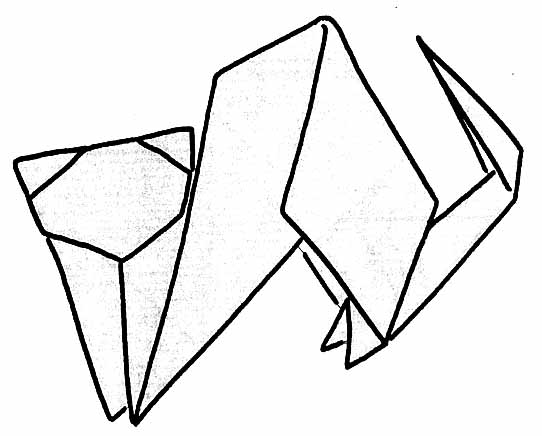 13. Origami of a cat Tosha Takakhama it is ready. Look how much of elegance in this figure!