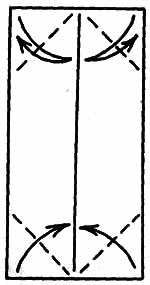 1. Fold a rectangle with a ratio of the parties 1:2 in half. Fold the upper triangle and the lower bend to the central vertical. 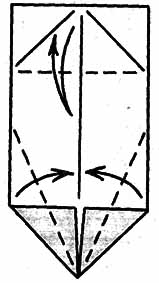 2. Fold the top strip, and below fold lateral sides on bisectors to the center. 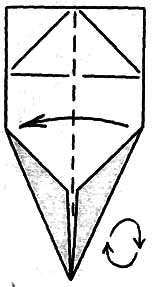 4. Bend the right part inside on a bisector of the specified angle(it is better to plan in advance). 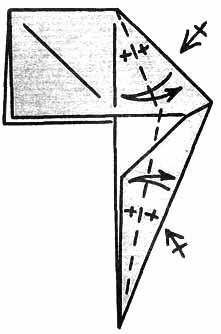 5. In front and behind bend on bisectors of corners. 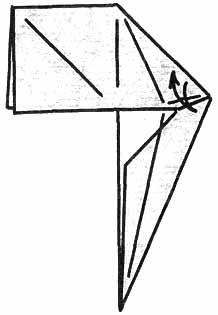 6. Fold the paper along the line, joining the right angle and the point of intersection the planned bisectors . 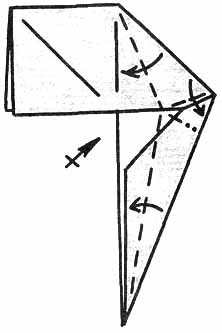 7. Fold on all three planned lines. Repeat behind. 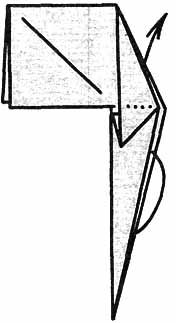 8. Lift up the lower triangle (for this, open the right side of figure). 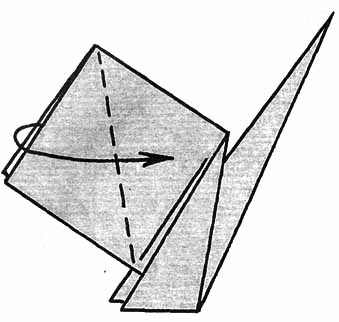 9. Throw to the right one petal.

10. Fold  right and left halves of the square on the bisectors of the angles in paragraph 7 (mark the bisector in advance). 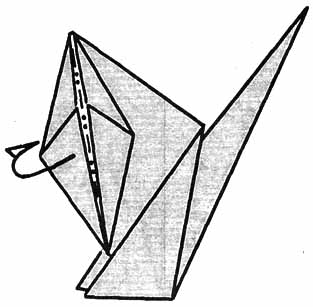 11. Fold the left half of a rhombus back. 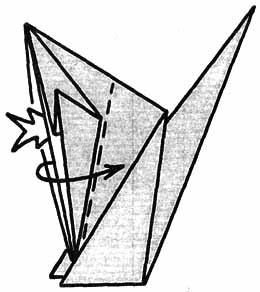 12. Open and flatten out a pocket. 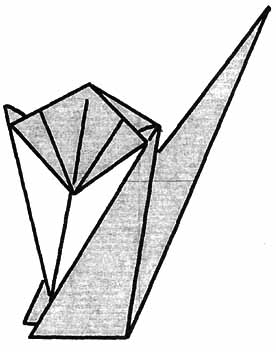 13. General view of origami figures. Now we will be engage a cat head . 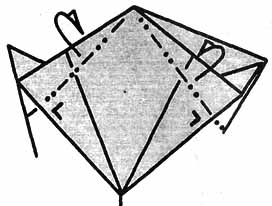 14. Fold backward the two narrow triangle so, that the line of afold made a right angle with the lower lines of a muzzle of a cat. 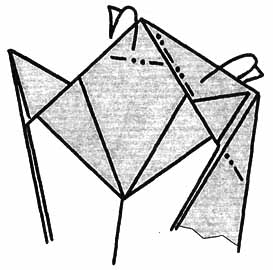 15. Bend a sinciput and a triangle back on the right. 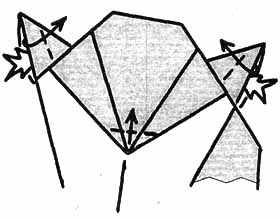 16. Opening the ears, try to make them volume. 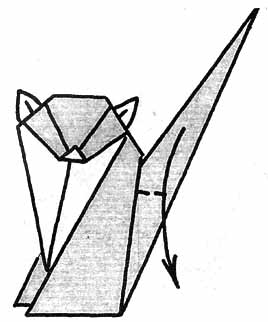 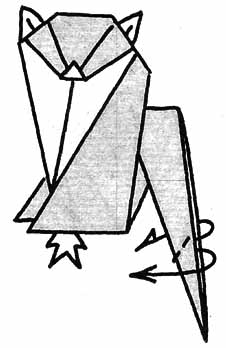 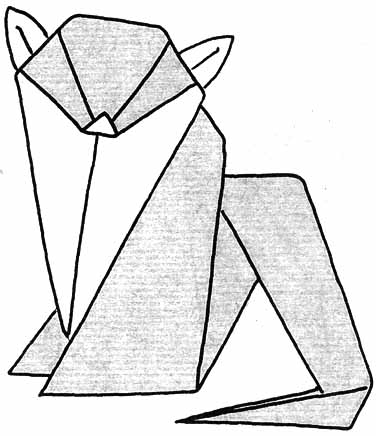 19. Origami Cat is ready. The figure is based on the tail,taken out forward. The tail may be different. Try to play with him, giving the figure the different shape.