We fold origami dog in the booth from the paper. 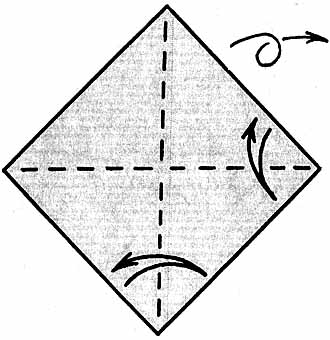 1. Fold a square on diagonals and turn it. 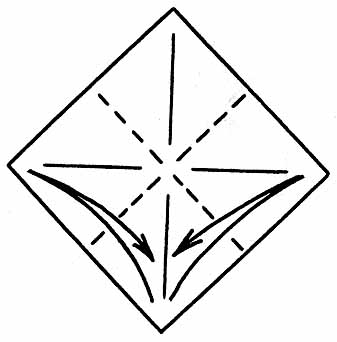 2. Fold along the middle lines. 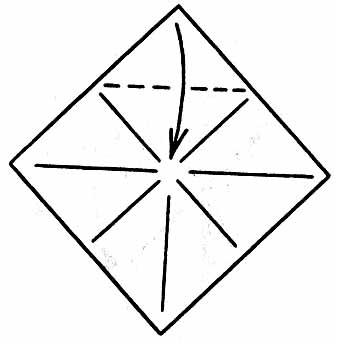 3. Fold the top corner to the center. 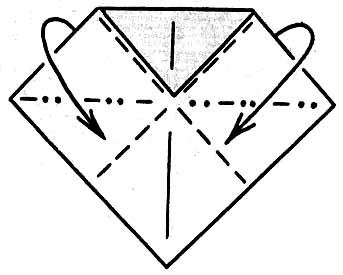 4. Press down on the center and bend at the same time for all the marked lines. 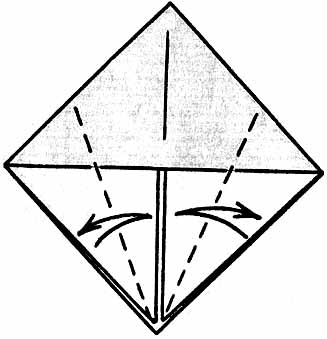 5. Check the result.The result was the basic form of the “square”, but with a curl corner.Fold the lower sides of the top layer of paper to the center vertical. 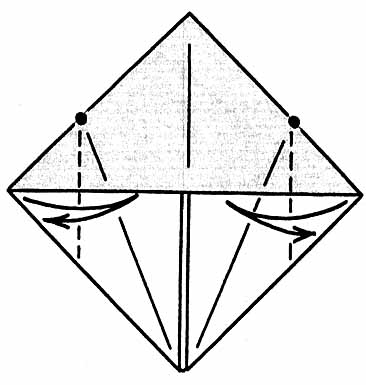 6. Fold the left and right corners of the top layer towards the center. Lines of a bend begin from noted points and go parallel to the central vertical (corners lay down on a horizontal). 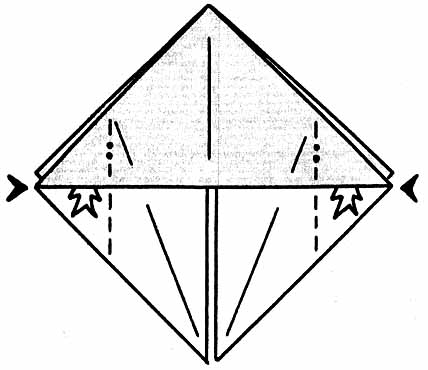 7. Fold the planned triangles inside. 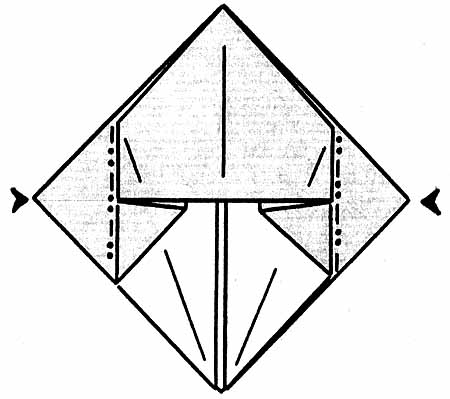 8. Check the result. Behind mark just the same triangles and also bend them inside. 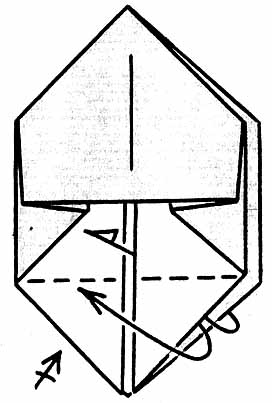 9. At the left and on the right curve outside two triangles. For this to plan at first “valleys”lines of bends, and then open the lower part of the figure. 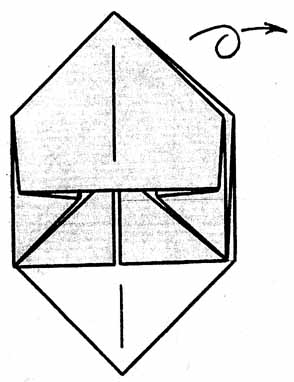 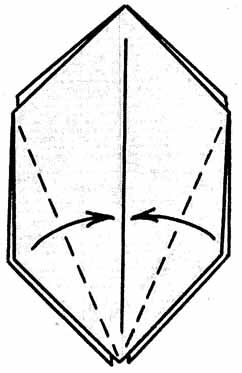 11. Bend the lower sides to the central vertical. 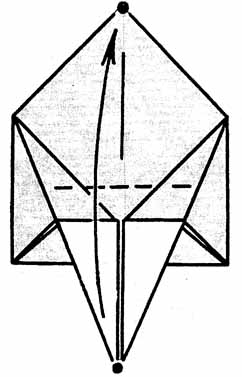 12. Combine a bottom corner with top. 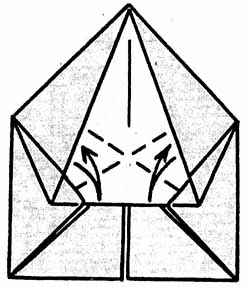 13. Fold the central triangle along the bisectors of the bottom corners.Pay attention – lines of bends pass in small triangles. 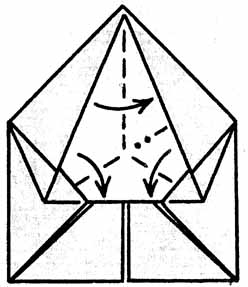 14. Fold a triangle on the planned lines and “fill up” it on one side. 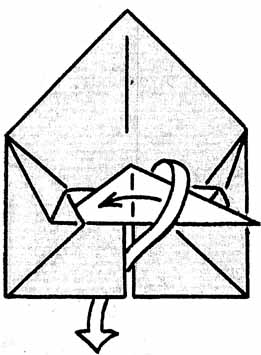 15. Give the triangle a vertical position and stick one through the bottom slit on the opposite side of the figure. 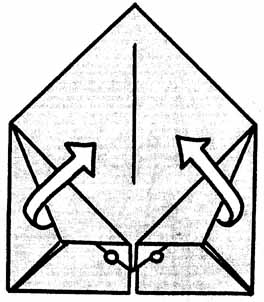 16. Holding paper with fingers around circles, pull out all the layers of paper hidden inside. 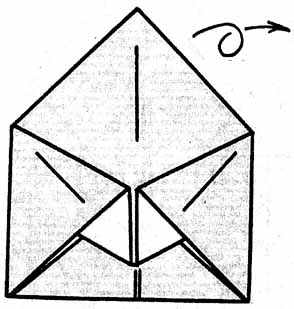 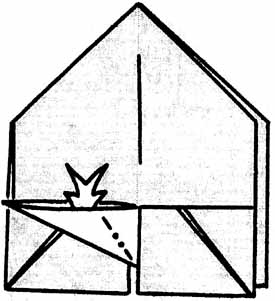 18. Open and flatten out a triangular pocket. 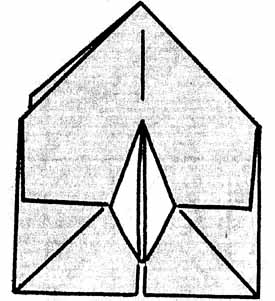 19. Result. Now open  rhombus. In the following picture, this action in detail.

20. Open the side pockets, trying to lower the top corner down. 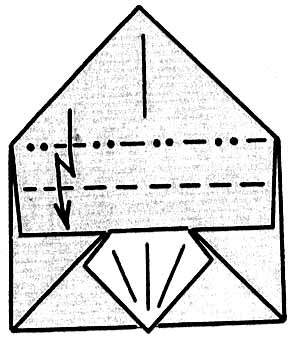 21. On the roof of the future make a fold-zipper. 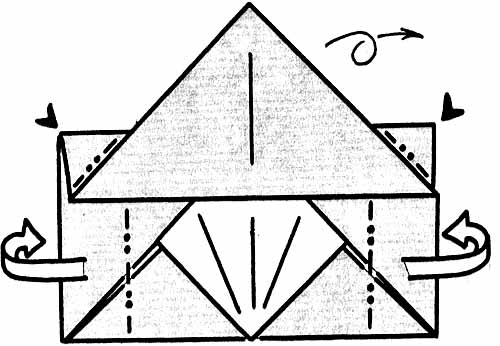 22. Above on the right and at the left bend triangles inside, and bend side edges at the same time back. Turn the figure. 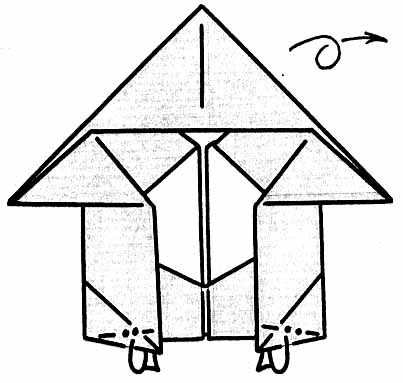 23. At the left and on the right fold in sides – so the booth will be more stable on the table. Turn the figure. 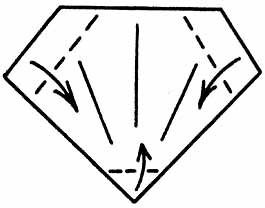 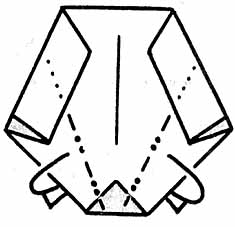 25. Fold back the cheeks (lines of folds under the ears). 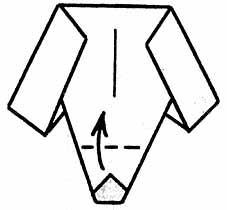 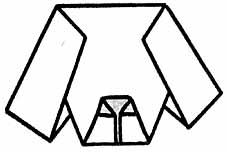 27. Check the result. The tip of the nose can be slightly opened. In the next picture, this action is shown close-up. 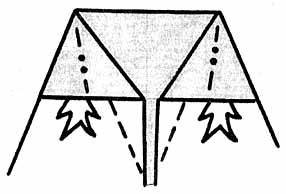 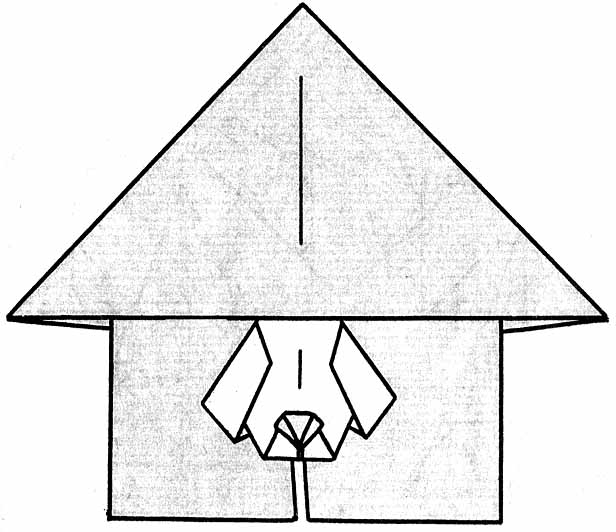 29. Now to our watchman any weather isn’t terrible!