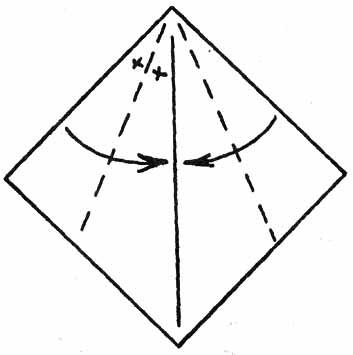 1. Fold the square diagonally and fold to her the upper lateral sides. 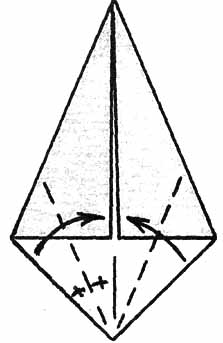 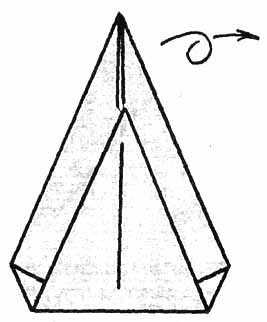 4. Check the results and turn the figure. 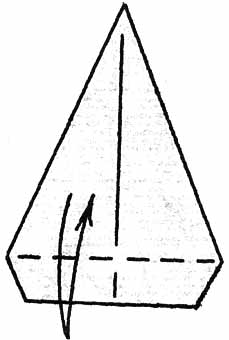 5. Bend on the specified line. 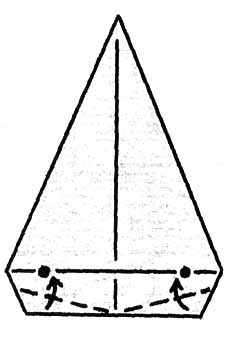 6. Fold two triangles. Obtuse angles in the lower part of a figure have to touch the planned line. 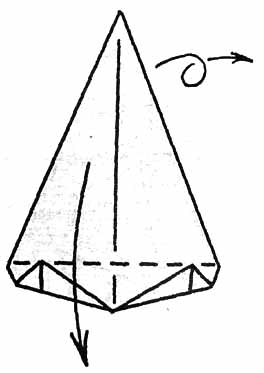 7. The upper triangle lower down, folding on the planned line also turn a figure. 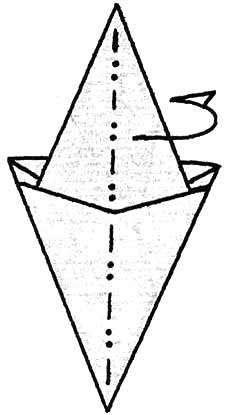 8. Fold a doggie figure in half. 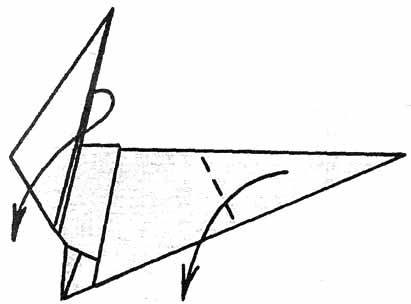 10. … his side was parallel to the center line of figures. Return a triangle to a starting position. Fold the right triangle. 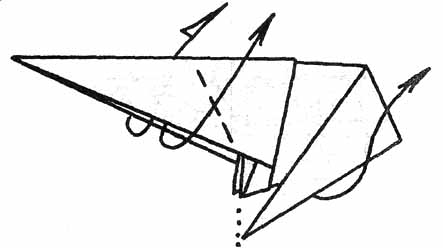 11. Check the position of on the picture and return to the place. Curve the left part of a figure outside on the planned line. 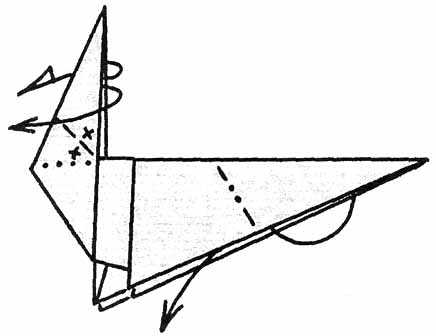 12. Fold future tail on the planned line. Curve the left triangle on a bisector of the specified corner.

13. Pull out two petals from under a muzzle down – make her twice more widely. Below in front and behind turn in inside triangles. 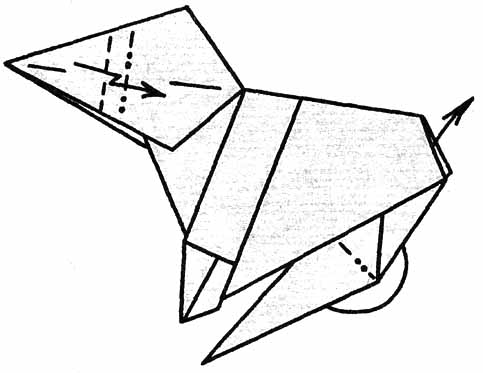 14. At the muzzle make a fold-lightning. Pull out future tail upward. 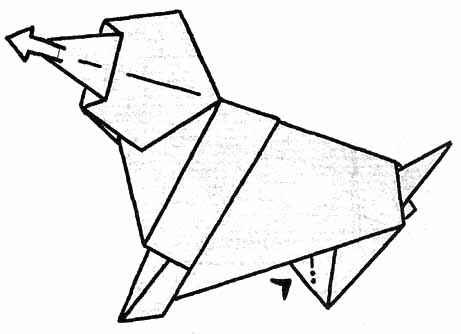 15. In the bottom of a figure bend a triangle.

16. At the planned lines on the muzzle make double fold-lightning. 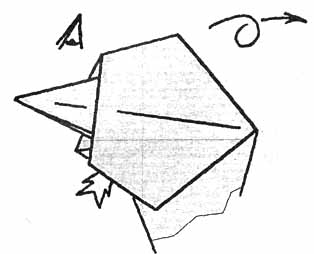 17. Open a muzzle of a dog almost completely. Next picture – view from above.

19. Check the results and again make muzzle of flat. 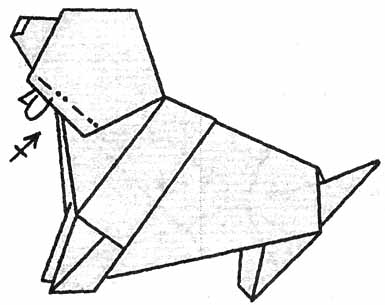 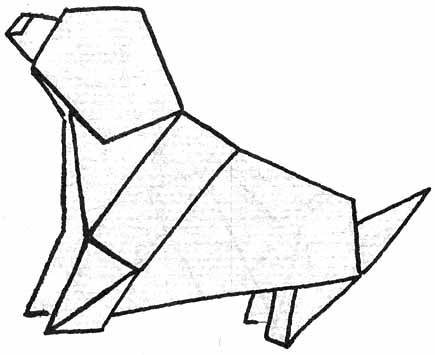 21. Origami doggie is ready. The doggie waits for your entertainment!