Fold a dragon from paper. This dragon is not easy to fold the beginner.If you all the same have decided, so begin. 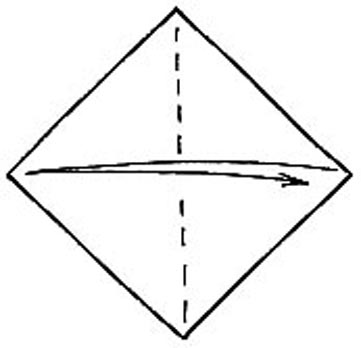 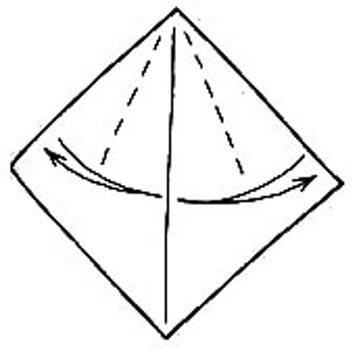 2.Fold the top parties to diagonal, without drawing lines of bends the middle of a square are lower. 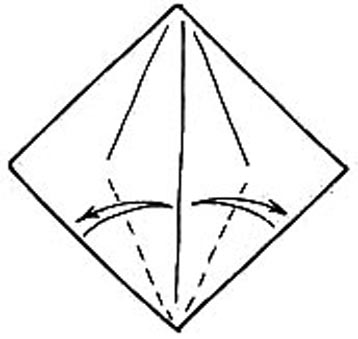 3. In the same way bend the lower parties. 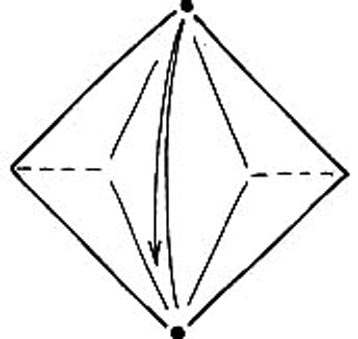 4. Fold the square in half, combining bottom corner to the top. The line of an inflection passes fromcorners to points of intersection of the planned lines. 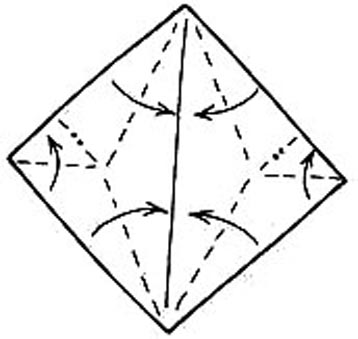 5. Fold the square on all specified lines at the same time. 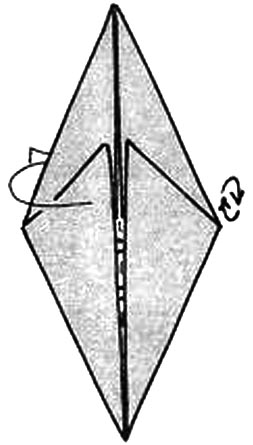 6. Fold the left half back and turn the figure.

7. In front and behind throw the central triangles on the left.

8. Fold all layers of paper. The line of a bend halves a corner.

9. Fold the right part inside on the planned line. 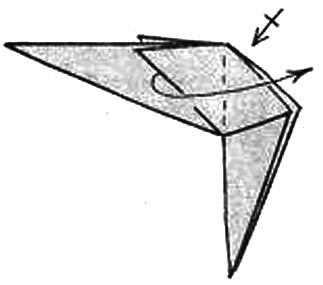 10. Throw two triangles to the right. 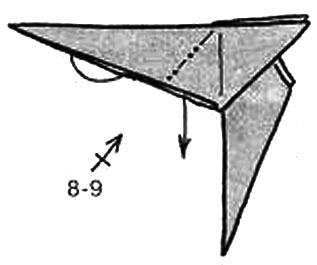 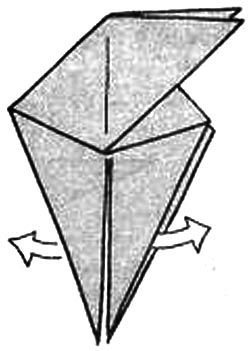 12. Return the concave triangles into place.

13. At the left and on the right make double folds lightnings -how to move the triangles on the central part of the figure.

14. Throw two triangles on the left.

15. In front and behind fold inside bottom corners. Next picture – view this action from inside.

16. View from inside. Raise lower part of the upward.

18. Fold future tail inside. The fold line “mountain” gets to the bottom corner of figure and makes a right angle with the left top side.

19. In front and behind plan the mountains lines halving the right acute angle.

20. Press down on the top right edge of the figure in the area of the black arrows and fold the right side on all these lines (behind the fold line in the same way). 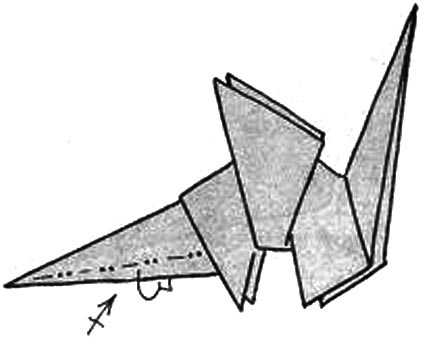 21. Check the result and turn  inside lower part of the tail. 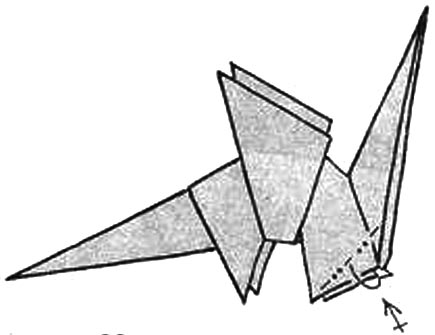 22. Fold the right obtuse angles in a figure. 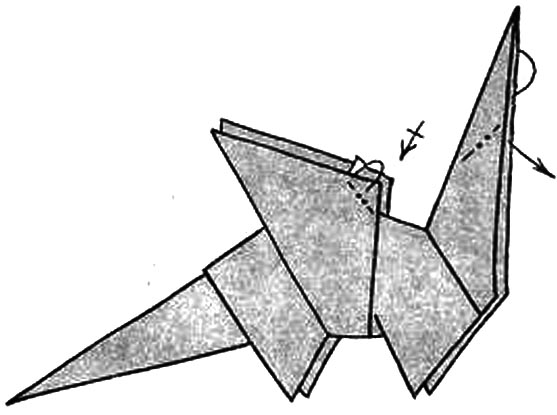 24. Curved outside future head of a dragon. 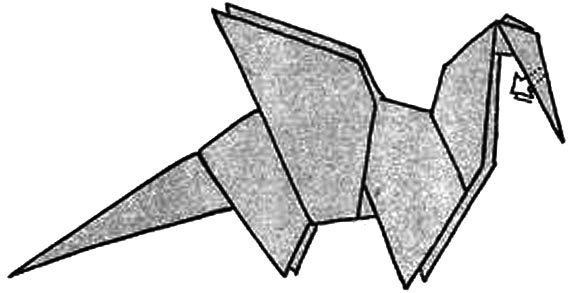 25. Pull out outside the paper layers which are in future head. 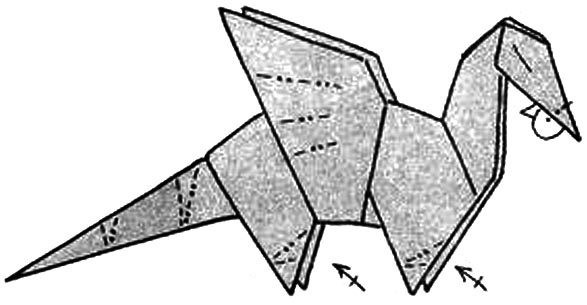 26. Bend inside a muzzle tip,plan lines of bends on wings, bend as shown, a tail and create paws.

29. Origami the dragon is ready.