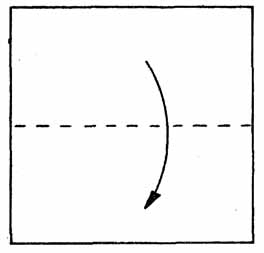 1. Take a square sheet of paper and fold it horizontally.

3. Pull only one layer of paper for the top left corner, and then open and flatten out.

6. Open and flatten out one more part of procurement workpiece. 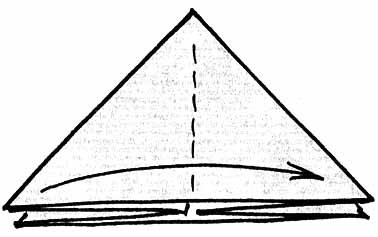 8. Bend the upper left triangle to the right. 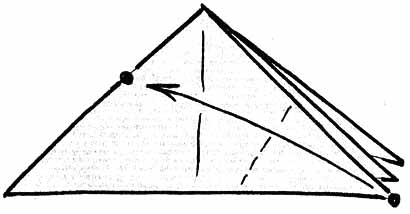 9. Fold it so that the angle touched the left edge of figure, and the top side was parallel to the basic. 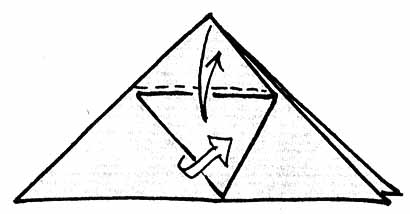 10. Bend the triangle formed above down, then return the bent corner to a starting position. 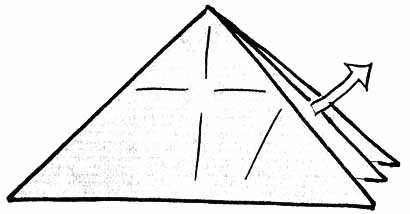 11. Pull the right average sheet up. 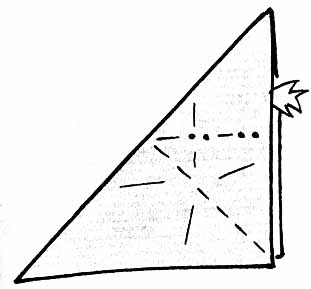 2. Open and flatten out the top half the triangle.

13. The right upper part of the square bend back. 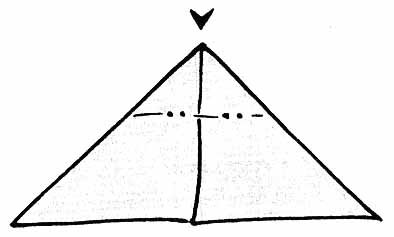 14. Bend the inside top of the pyramid by the planned line.It is not so easy to do, so all the actions are shown in more detail in the following three pictures. 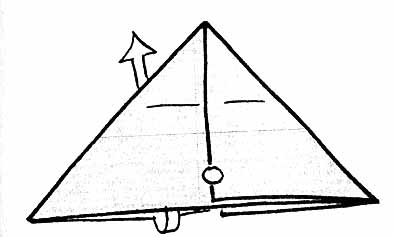 15. Pressing fingers the right triangle to the top layer of paper around a circle, open a back part of a figure. 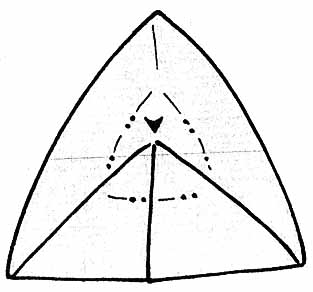 16. At a pyramid bend down top on the planned lines . 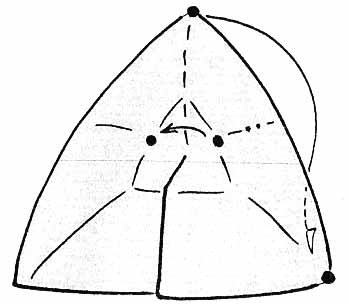 17. Press through paper around a black arrow down.At folding in the center of the marked point should coincide.The top corner leaves inside and coincides with the right corner of a figure from within

18. Pull out outside two triangles which are in the right part of a figure. Paper at the same time is curved in these triangles.

19. Fill tips of future ears in big pockets on the right.

21. Bend inside the left side of figure. The left edge at the same time have to touch middle vertical line. 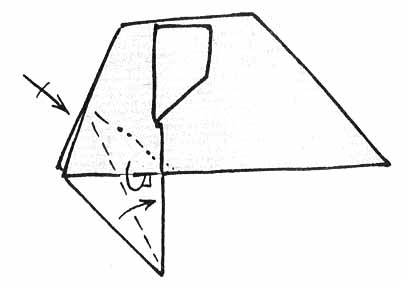 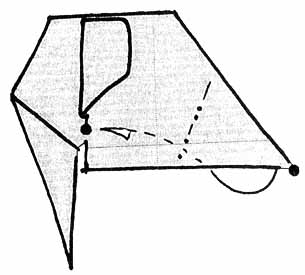 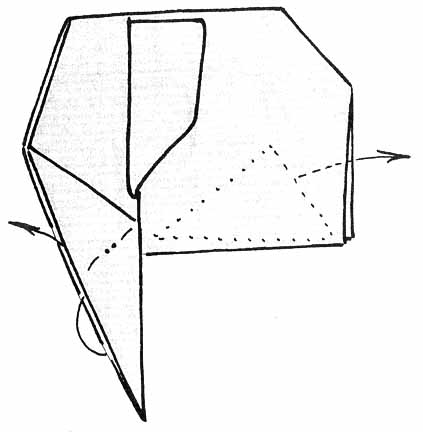 24. Pull out his tip outside, and bend a trunk inside and pull out forward. 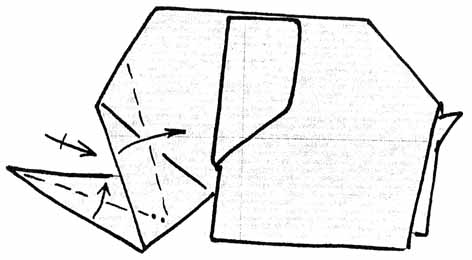 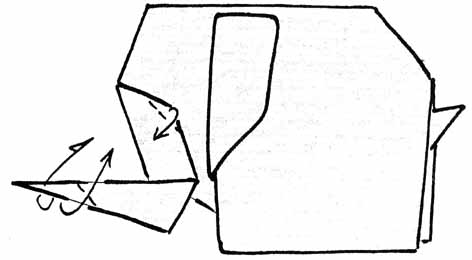 26.Bend small triangles of eyes down, and bend a trunk at will. 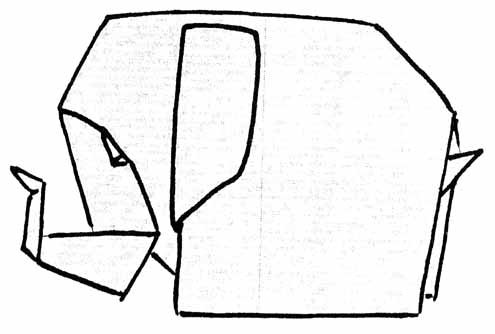 27. Origami of an elephant is ready. The figure reminds  not the real elephant,but an amusing toy therefore you can safely put it from pink paper.