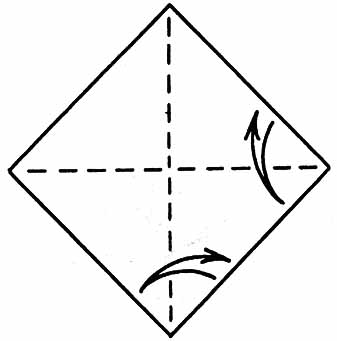 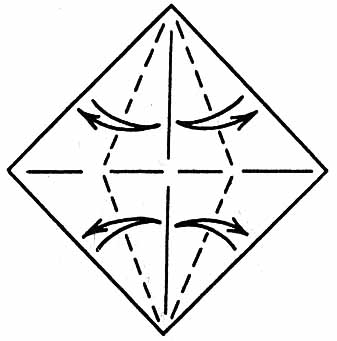 2. Fold along the bisectors of angles, combining upper and lower sides  vertical. 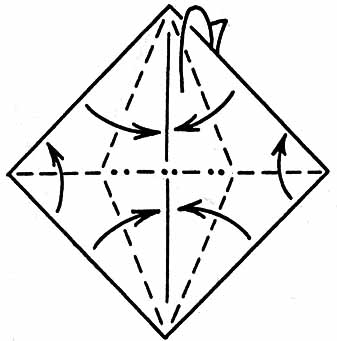 3. Bend at the same time on all of the lines. 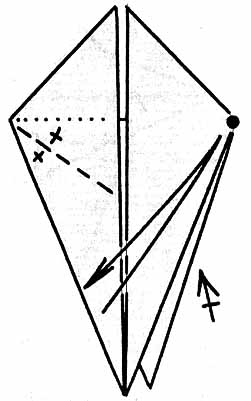 4. Fold along the bisector of the specified angle (the left edge of the top triangle coincides with the left corner). Repeat on the right. 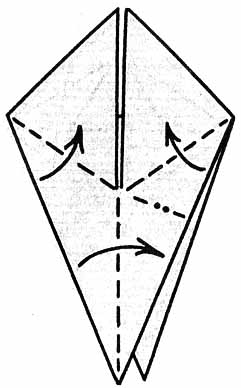 5. Bend the upper triangle on all these lines (“mountain” is obtained automatically when you turn to right). 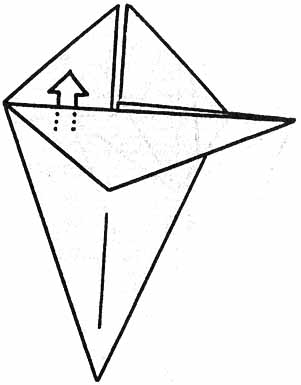 6. Check result and pull out upward one layer of paper from inside upward. 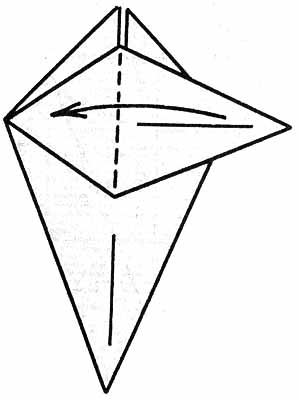 7. Throw a triangle on the left. 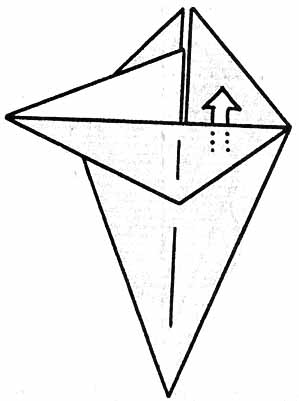 8. Again, pull out the  top one layer of paper. 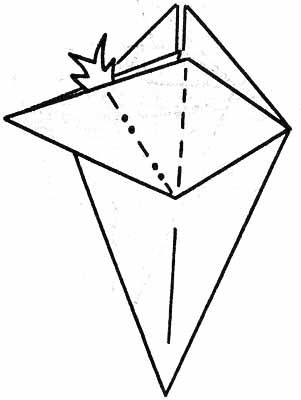 9. Open and flatten out a pocket. 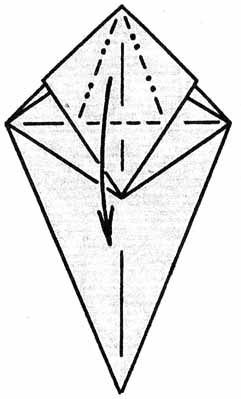 10. Fold sides of the rhombus to the central vertical and then  fold on all specified lines (two planned “Valley” should be “mountains”). 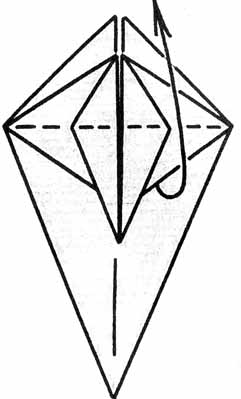 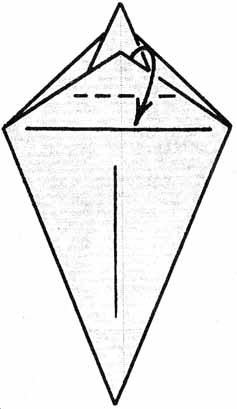 12. Lower the angle of the midline. 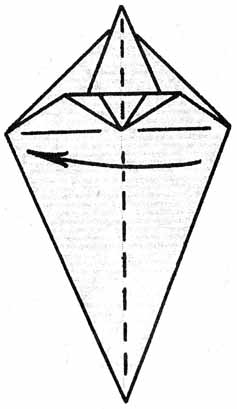 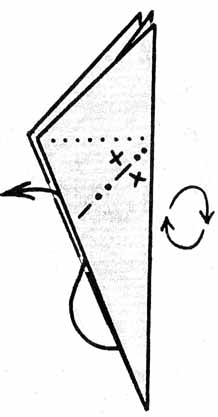 14. Bend inside the lower triangle on a bisector of the specified corner (it is better to plan in advance). Turn a figure. 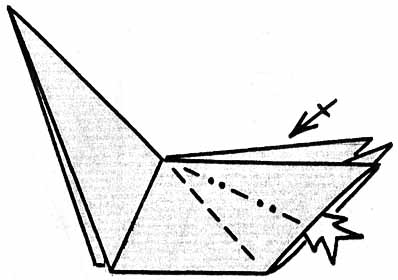 15. In front and behind open and flatten out pockets. 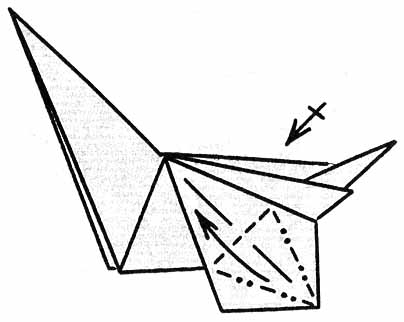 16. This action similar to what you did in paragraph 10. 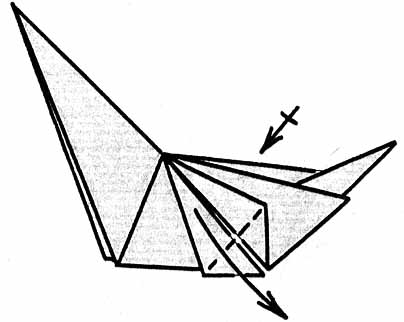 17. In front and behind lower triangles. 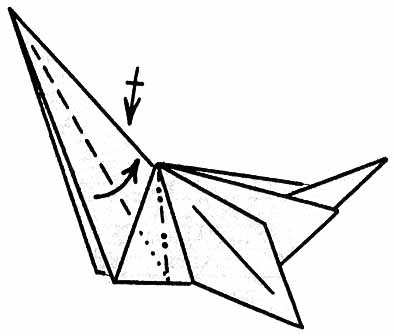 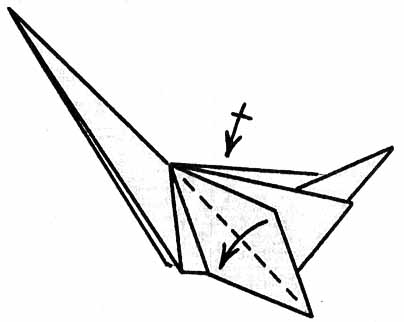 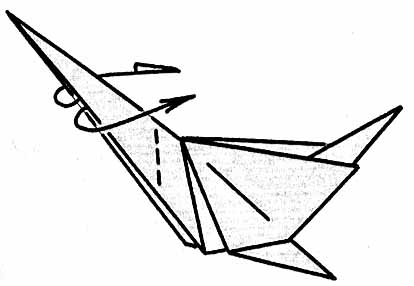 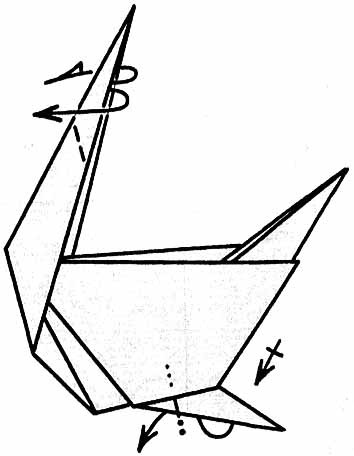 21. Bend in a paw and curve future head. 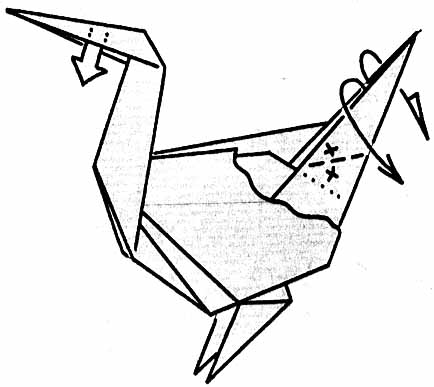 22. Curve a tail (a part of the top layer of paper isn’t shown) and pull out two layers of paper from under a beak. 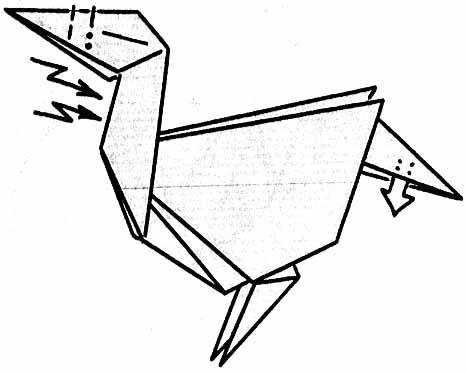 23. Similarly pull out two layers of paper in tail and make on the head two fold-lightning. 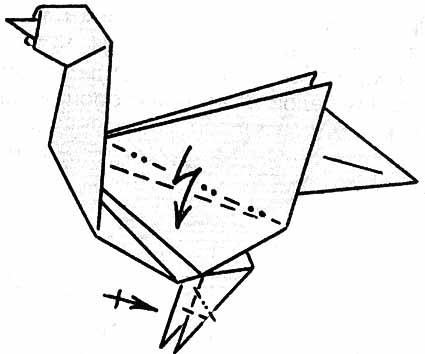 24. Slightly lower the wings and make the folds on these paws (goose paws folded just as rooster legs, where all actions are shown in more detail). 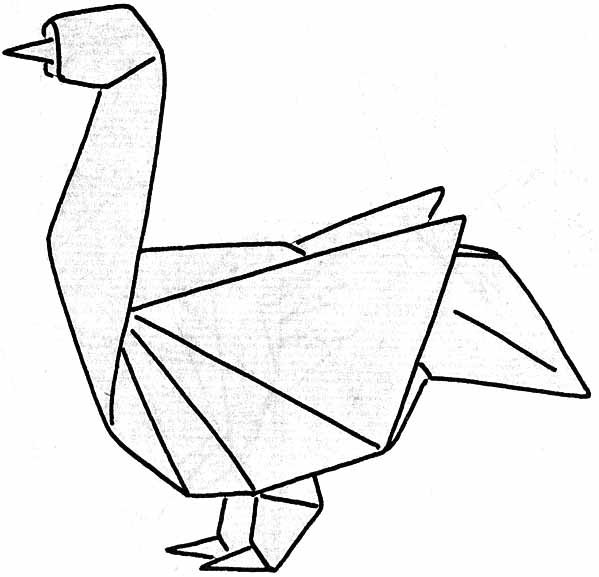 25. Origami the goose is ready. Very important goose has turned out!