We fold  origami of Laika from paper. 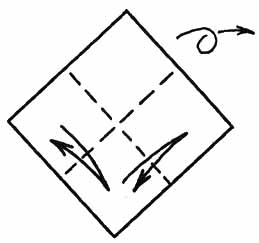 1. For work you need two of the same square -for forward and back parts of a figure.Fold the first square on the middle lines and turn it over. 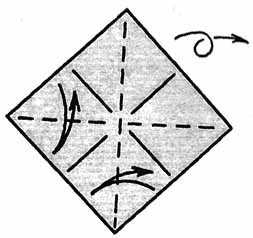 2. Fold on diagonals and turn. 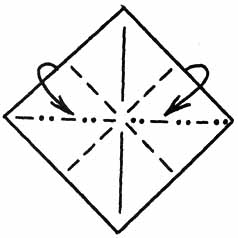 3. Fold at the same time on all specified lines. 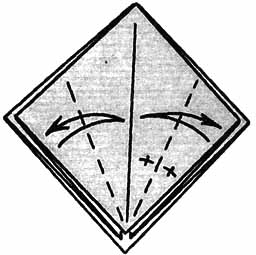 4. Check the result and Fold the lower side on the bisectors of the central diagonal (bend not all figure but only two top layers of paper). 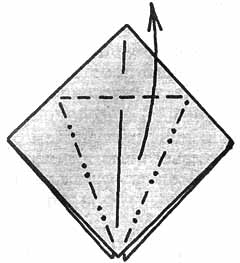 5. Pull up one outer layer of paper, fold on the planned lines. 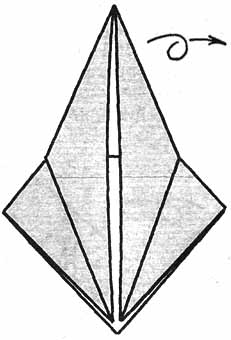 6. You should get a rhombus.Curved triangle  turns out between two diamonds. 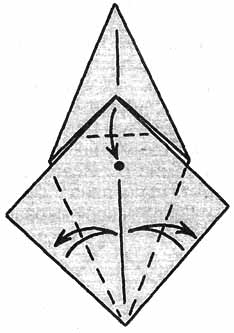 7. Again fold sides towards the center, and the top right angle fold down. 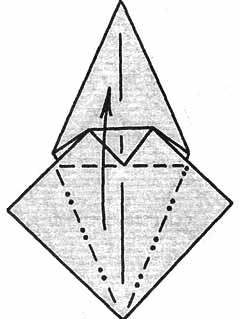 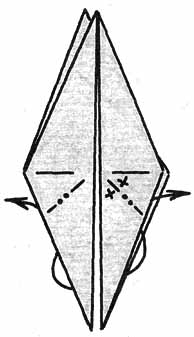 9. Fold two lower legs inside (mark the first fold line – fold the paper along the bisectors of angles). 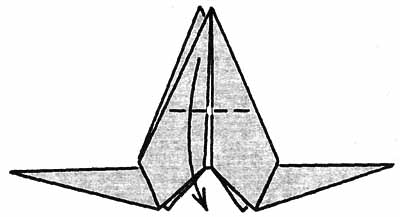 10. Check result and lower one top wing down. 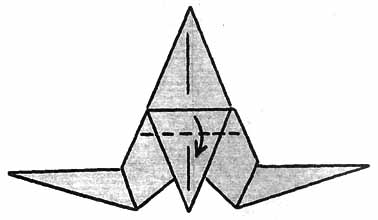 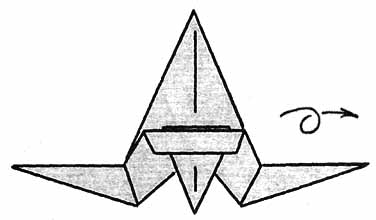 12…. so that from under her the top party of a triangle didn’t get out,folded in paragraph 7. Turn the figure. 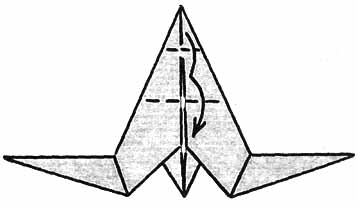 13. The second wing bend double. The triangle at the top is approximately equal to the triangle, given from below.

14. Fold the strip so, that  the top right obtuse angle has laid down to the average line of a figure. Repeat at the left.

15. Check the results and fold figure in half. 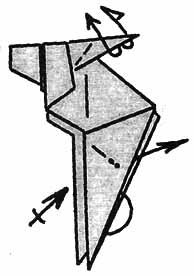 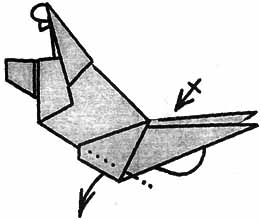 17. A tiny triangle at the top of the ears bend inside, and pull legs to the left, leaving a small strip inside. 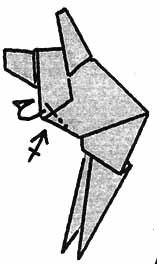 19. Curve outside tips of pads. 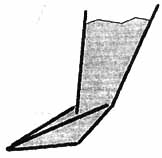 20. Result. Paws should not lifted up. 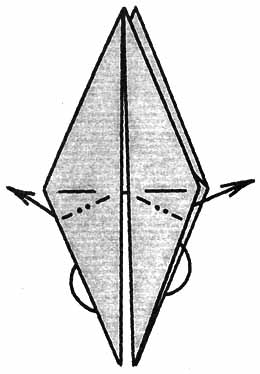 21. Now we will be engaged the second half.Take the second square and do the action with him 1-8,  just don’t bend a triangle in point 7 down. Two lower legs bend inward so … 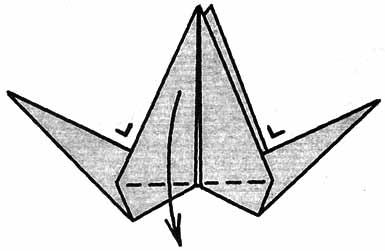 22…. that their top cut has formed a right angle with the party of a figure. Upper wing lower down. 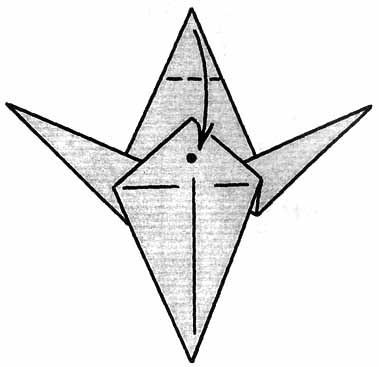 23. The second wing fold to place marked by point. 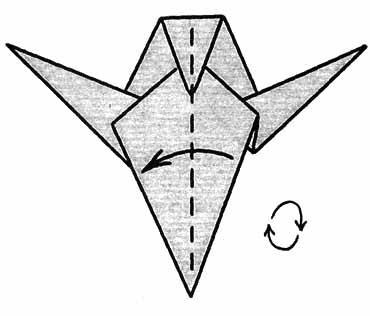 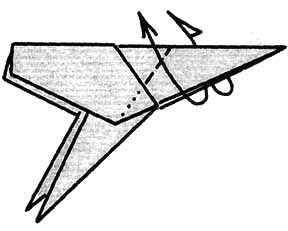 25. Lift upward the future tail,curving it outside. 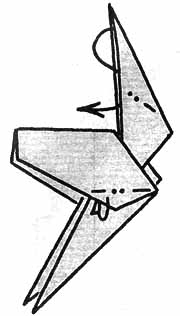 26. Bend it inside so that he was parallel to a back. 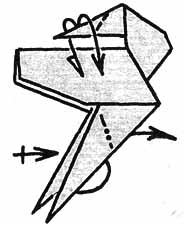 27. A tip of a tail fold  outside(It should lay on the top side of the figures),and  legs fold inward. 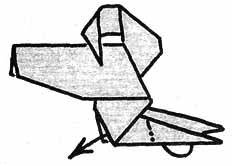 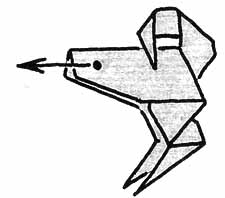 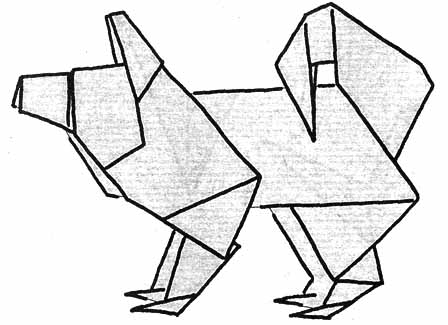 30. Origami Laika ready.It can be done so that both halves are stick together but you can to glue a little them. Changing the position of the two halves, you can give different figure poses. Try to put the whole riding team from paper!