Fold  origami of a leveret from paper. 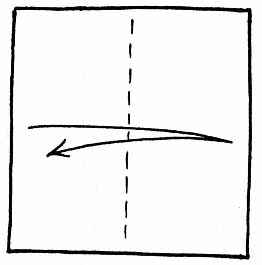 1. Fold the square in half. 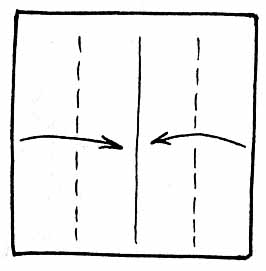 2. Fold the sides of the central vertical. 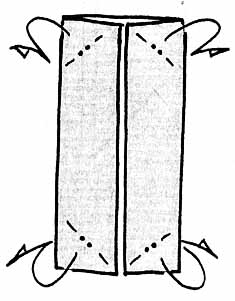 4. Fold on yourself two strips.

5. Open and flatten out two top small squares. Fold lines “valley” at disclosing of the lower squares converges in the center of the figure. 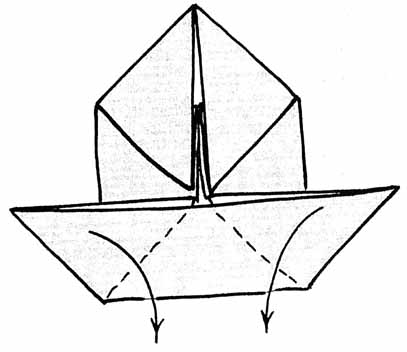 6. Check result and lower side triangles down. 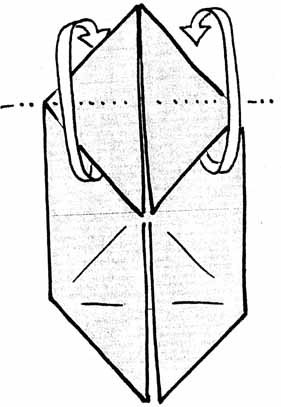 7. “Throw” two top triangles on the opposite side of a figure. 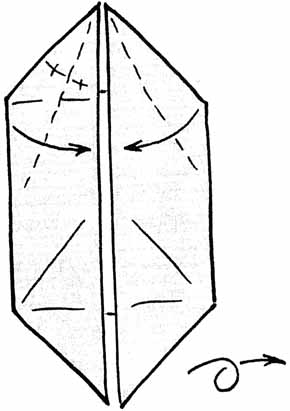 8. Fold the parties on bisectors of two top corners and turn a figure. 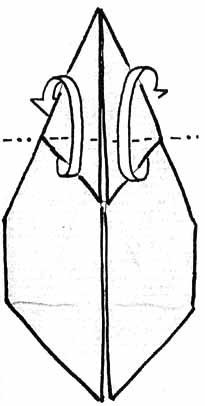 9. “Throw” two top triangles on the opposite side of a figure on the line, connecting two obtuse angles on the sides and turn the figure. 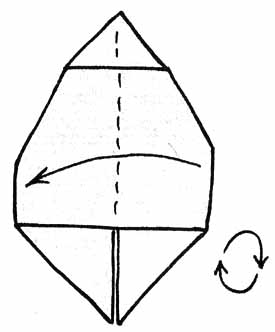 11. Fold future paws on bisectors of the bottom obtuse angles. 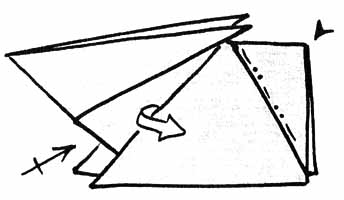 12. Bend the found triangle inside and return paws to a starting position.

13. Fold the legs backwards on the already planned lines. 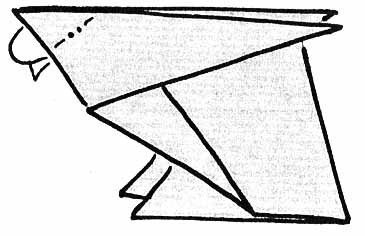 14. The tip of the muzzle bend inward. 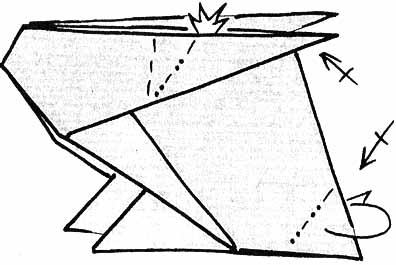 15. Open and flatten out inside pockets of ears. At the same time raise ears up . To make a figure contour smoother, at the left bend inside two triangles. 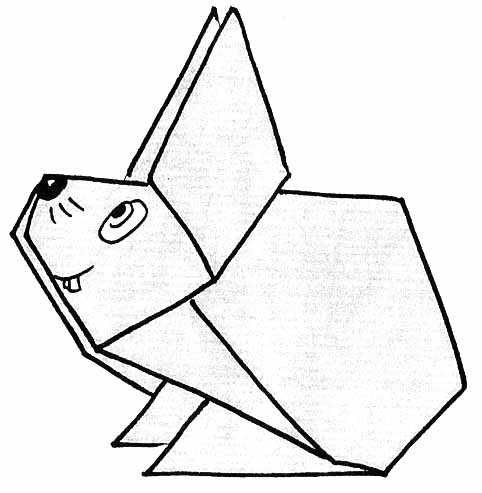 16. On a contour of a figure it is clear that we turned out  not the adult experienced animal, but a little leveret has turned out.