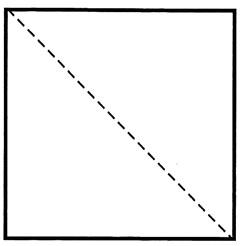 1. On a square sheet of of small size make a smooth diagonal  excess. 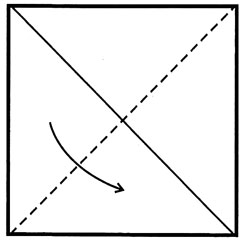 2. Fold the sheet on the second diagonal on dotted line as shown an arrow in the picture. 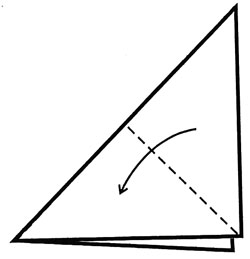 3. Fold a triangle from right to left on a dotted line, as shown an arrow. 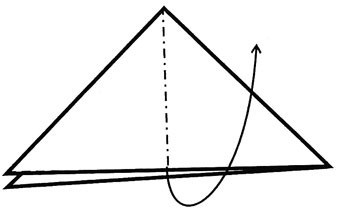 4. Straighten the upper layer of the turned out workpiece  upward in fold line. As a result the upper triangle should turn into a rhombus. 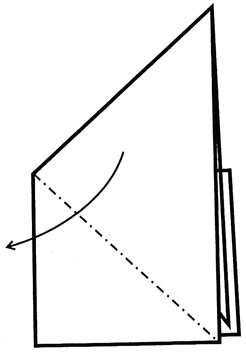 6. Expand the top layer on the represented on picture fold line to the left, so that the upper layer as a result transformed into a rhombus. 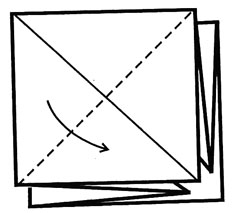 7. On a dotted line on the picture make a diagonal excess on the turned out workpiece of origami  a flower plum. 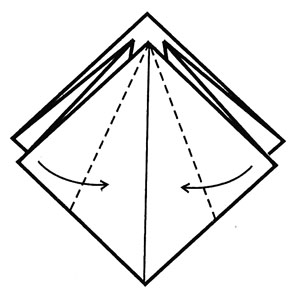 8. The edges of the top layer fold to the center line of inflection along the dotted lines as shown by arrows. The parties must converge on the central fold line. 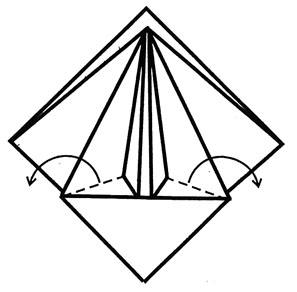 9. To straighten corners on lines of an excess to the right and to the left that two rhombuses have turned out. 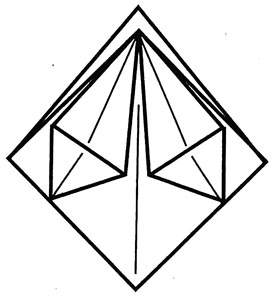 10. Repeat steps 8 and 9 on the opposite side of workpiece. 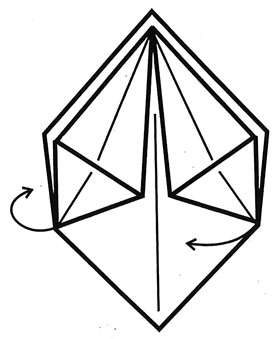 11. On both sides  future flower of plum shift sectors as shown in the picture. 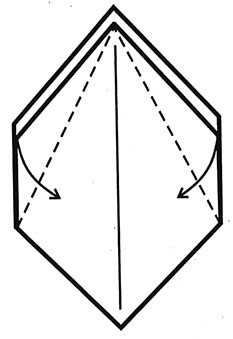 12. According to the dotted lines fold corners of workpiece origami. Corners must meet on the center line. 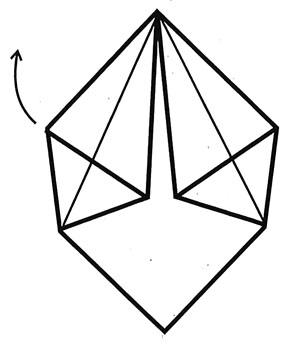 13. Unbend edges of future flower on dotted lines back. 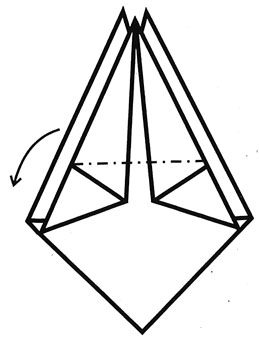 14. On both sides bend the top corners on a dashed line down.The fold line should get a straight line. 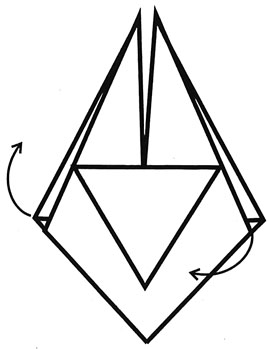 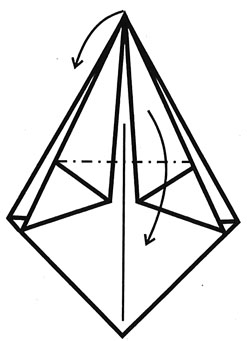 16. Repeat step 14 on both sides of workpiece origami of plum bud. 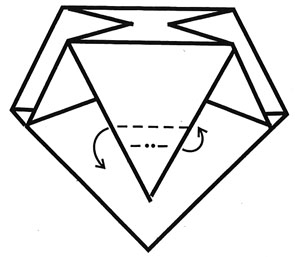 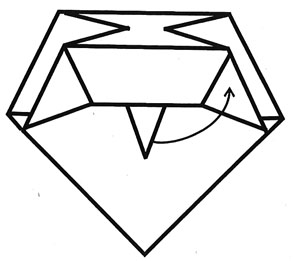 18. Give to a figure volume, having pressed on a figure as it is shown  by the arrows.