Welcome to our website. In this article you will learn to do origami “Pointed Star”. 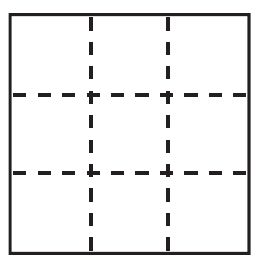 1. Take the paper and make the folds at exactly the third. You might have to measure. 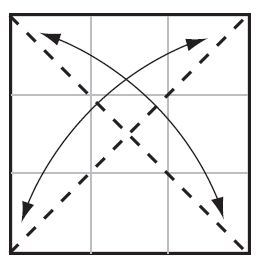 2. Now fold in half along the diagonal in both directions and open. 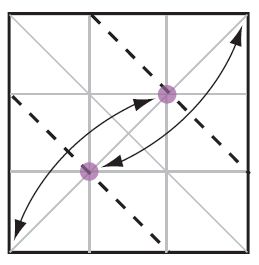 3. Сurrently fold the along the fold as shown in mentioned points and open. 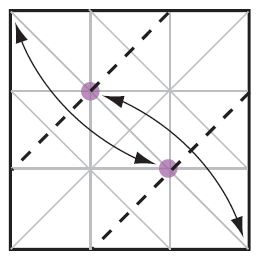 4. You need to perform the same folds in paragraph three, but in the other direction. 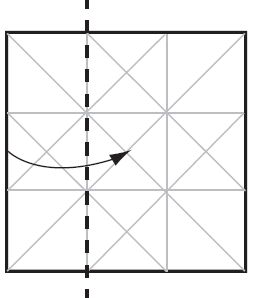 5. Then fold left third of inside.

6. Using folds that displaying in the picture, pull the corner from the point shown down to another point, as shown, and press down. 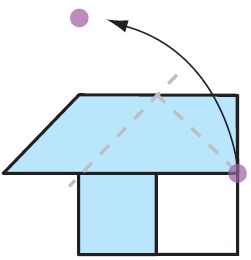 7. Again using the fold as shown in the illustration to move this point to another point and press down. 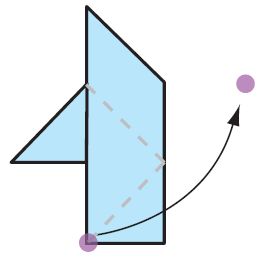 8. You need using the fold as shown, move the point to a different point and press down. 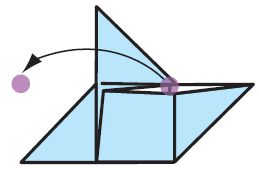 9. Now move just inside the flap the outside to the point shown in the picture. 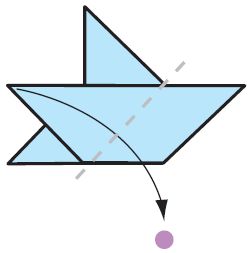 10. The last thing you need to do is hide this corner down along the folds shown. 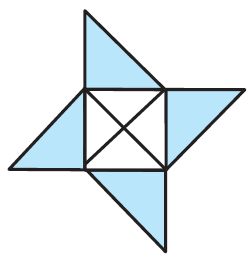