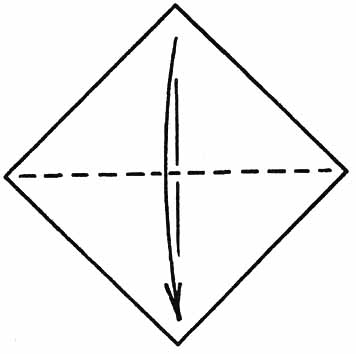 1. Fold a square down and bend on horizontal diagonal. 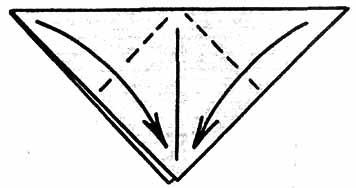 2. The left and right corners fold down. 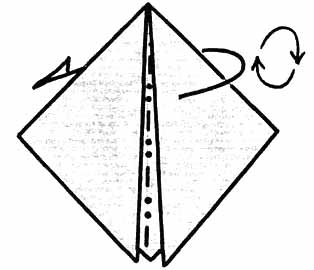 3. Fold figure in half and turn a little. 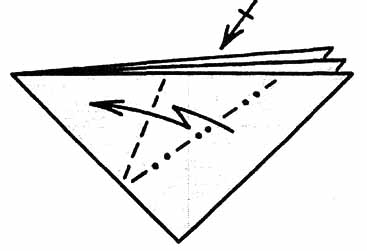 4. In front and behind bend on the specified lines.Their position is not precisely defined, check the result on the next picture. 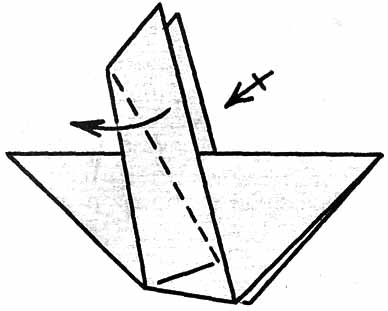 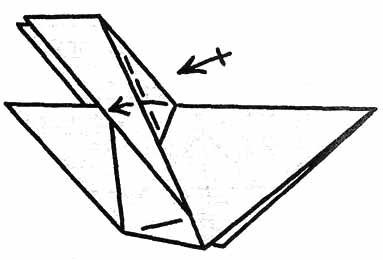 6. Fold the part which has acted from under them. 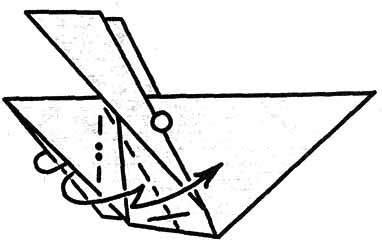 7. Holding the paper from two parties figures “Pull” its left part to the right. 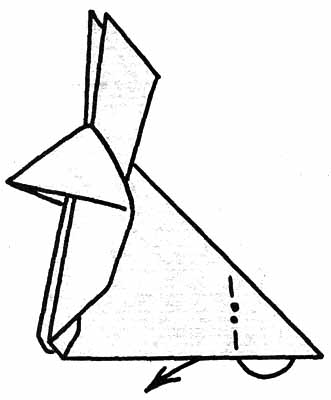 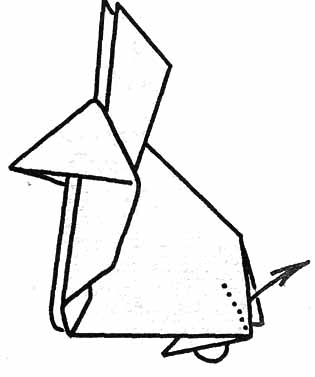 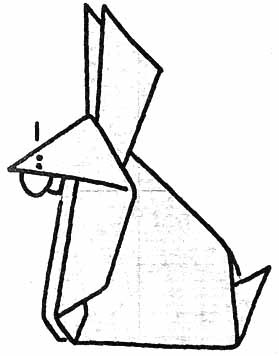 10. Fold the tip of the muzzle inside. 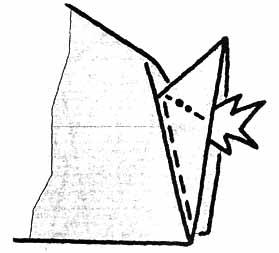 11. Tail largely. On both sides open and flatten out him. 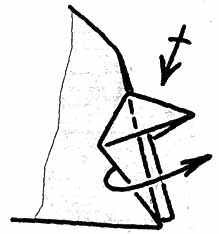 12. In front and behind throw his left halves on the right. 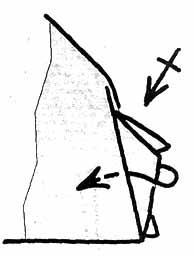 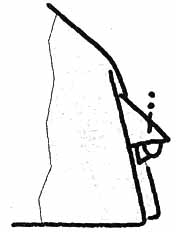 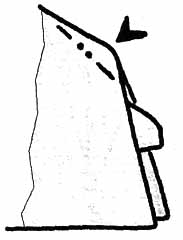 15. Bend inside a stupid corner – smooth the line of a back. 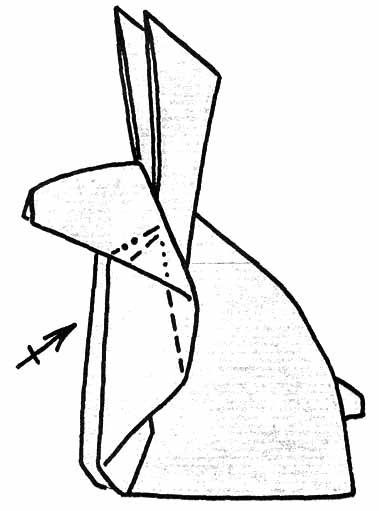 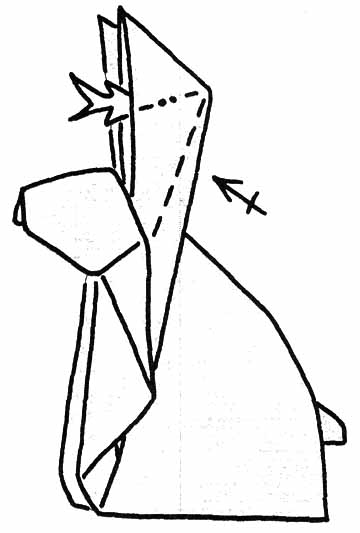 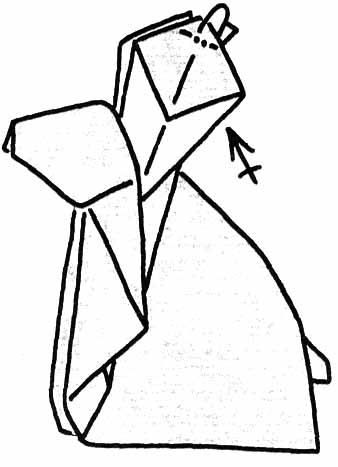 18. At the tips of both ears, fold back the little triangles. 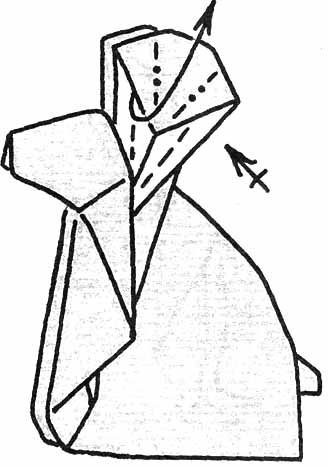 19. Pull out ears upward folding on these lines. 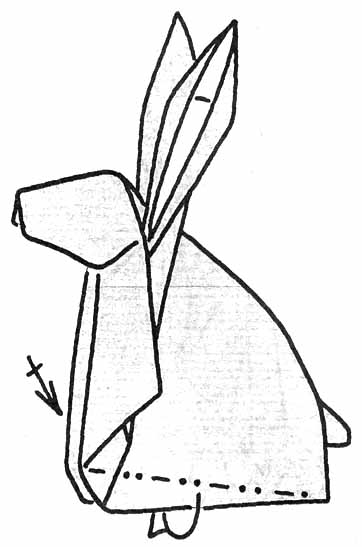 20. Fold two strips in the bottom of the figures. 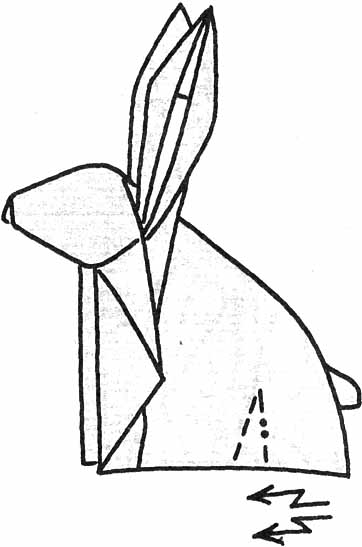 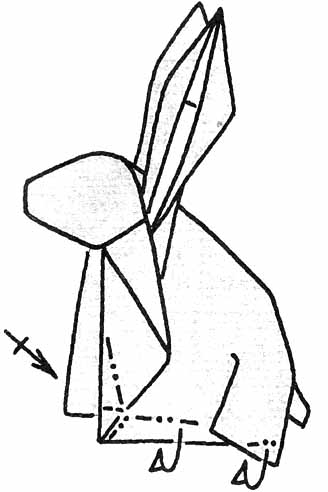 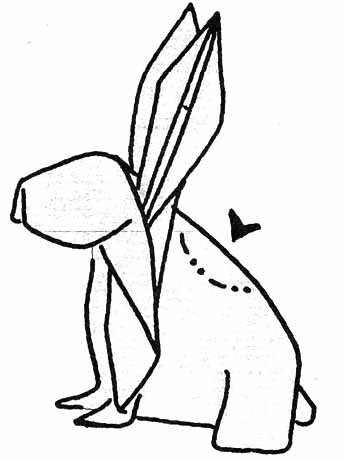 23. Fold a back a little – the figure became volume. 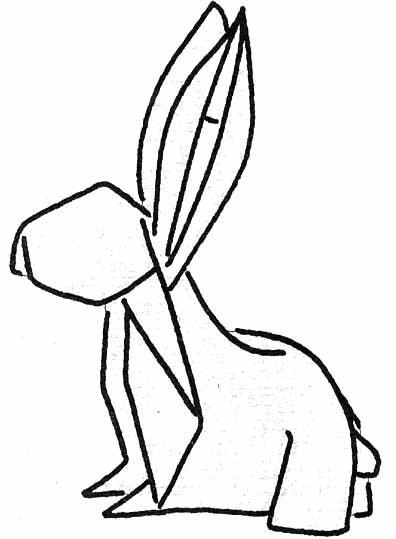 24. Origami of the rabbit is ready. Put a rabbit among grass thickets.