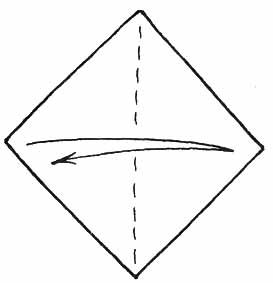 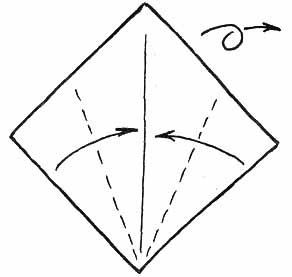 2. Fold the lower sides of the central vertical line and turn the figure. 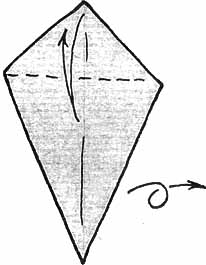 3. Fold the triangle down. Turn the figure. 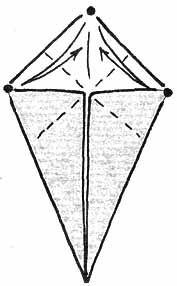 5. Fold on the planned lines. You should get half the basic shape “square”. 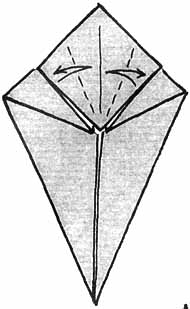 6. Fold the lower side of the square to the vertical. 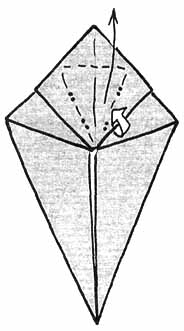 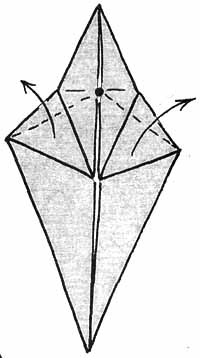 8. Fold triangle on the marked line upward and in the parties. 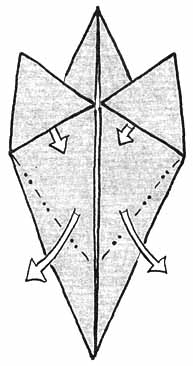 9. Carefully pull the left and right upper layers of the paper down and in the parties. From under the top part of a figure at the same time there have to be parts hidden there.Position of lines of folds is defined by “mountain” at the same time definitely and automatically. 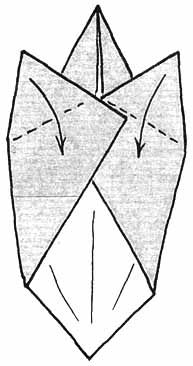 10. Check the results and fold  triangles down. 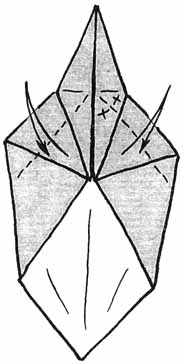 11. Fold on bisectors of right angles in the center of the basic bird form. 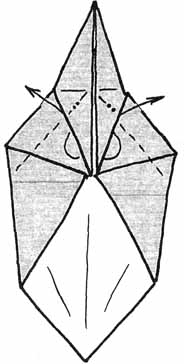 12. Fold legs inside on the planned line. 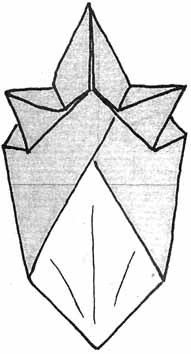 13. Check the result, and if everything is correct, do forward legs. 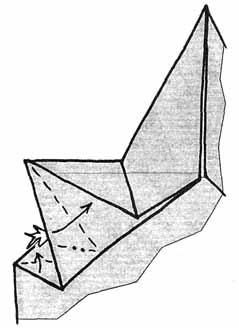 14. Open and flatten out a pocket at the left – make a leg thinner. Repeat action with the right leg. 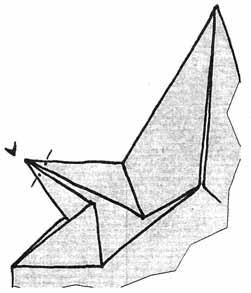 15. Fold tips of forward legs inside. At first open it, fold angle and fold back toward the center of the sidewall. 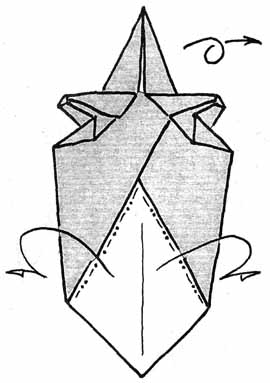 17. Fold the bottom of the figures on the planned lines. 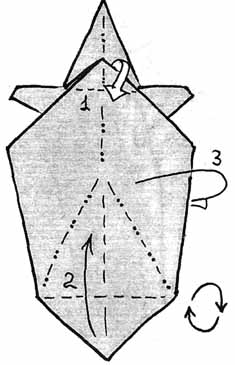 18. At first fold the upper triangle down, fold it along the bisectors (paragraph 19) and fold at all of the lines at the same time (paragraph 20). Then bend the lower triangle to the top and only after bend the figure in half backward. 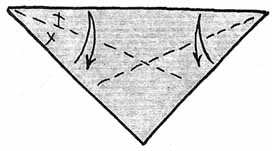 19. Fold the top triangle on the bisectors.

20. Position and type of lines on the triangle by folding in half figures.

21. Check the result and fold the triangle to the left. Repeat behind. 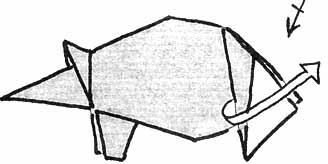 22. The provision of the bent triangles defines an outline of hind legs. Return them to their original position.

23. Fold inside on the planned lines.

24. Fold future horn inside. On the right too bend a triangle inside so that the line of a bend passed slightly further the right edge of hind legs.

25. Again fold horn inside – pull it to the left and upwards. Obtuse angles of the belly fold inside figures.Sharp corners of the hind legs also fold inside. Pull out the tail of a triangle ; for it a back part of a figure should be opened almost completely.If you work with colored paper, fold the tail so that it became a color too.

26. Fold the acting parts of a tip of a muzzle inside.On the muzzle and the back of the small triangles fold inside the body; they give figure volume.Straighten fingers of a side and the head from within. Their contours should be barrel-shaped. Finally (this last action) bend inside small triangle to the right.They latch a back part of a figure and don’t allow it to disclosed. 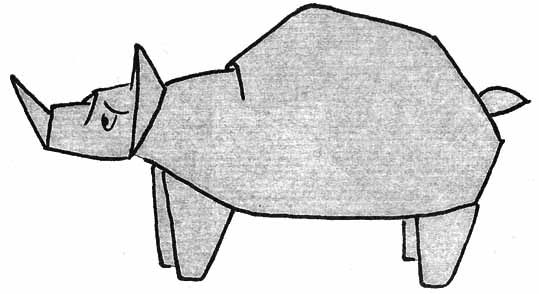