Fold origami Scottish terrier from paper. You will need paper,painted on both sides equally. On our pictures, one side is left white for convenience. 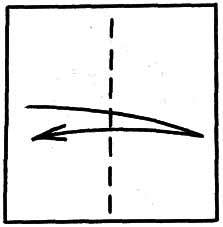 1. Fold the square to the midline. 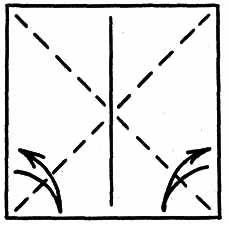 3. Fold the right edge along the bisector of the specified angle. 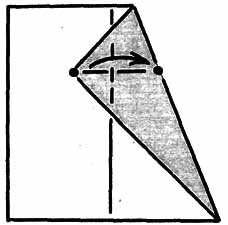 4. Connect the marked points ( fold line runs exactly along the middle line of the figure). 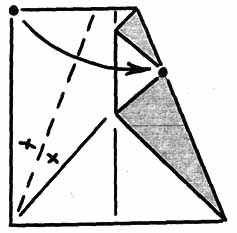 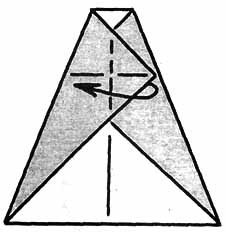 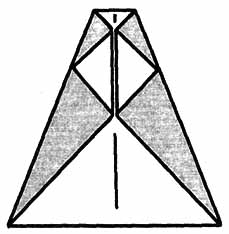 7. The figure became symmetric. Let’s be engage in a square in the top part of a figure now. 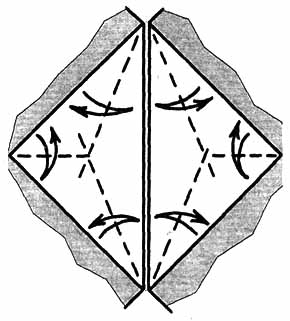 8. Fold the top layer of paper on the bisectors of the angles. 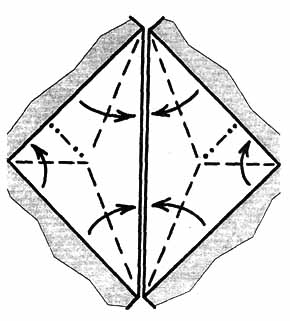 9. Bend on all planned lines. 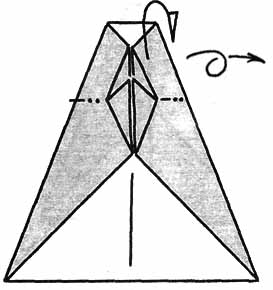 11. Fold back the top part of the figure. 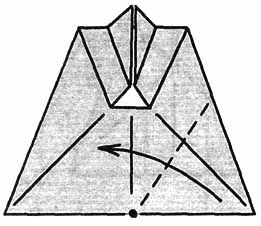 12. Fold the bottom right corner so … 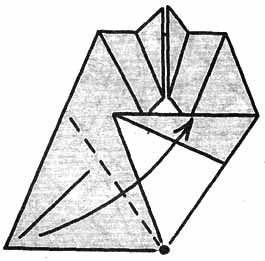 13 … so that the top side of the formed triangle it was parallel to the upper edge of a figure.Repeat the fold on the left. 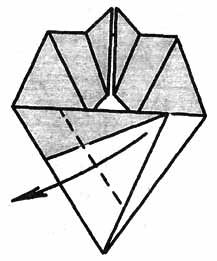 14. Bend the corner to the left. The fold line parallel to the left edge also doesn’t reach a corner of the second triangle lying below. 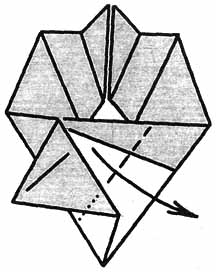 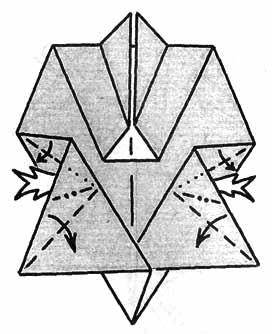 16. Open  pockets. The top line of the fold “valley” – the bisector of angles. 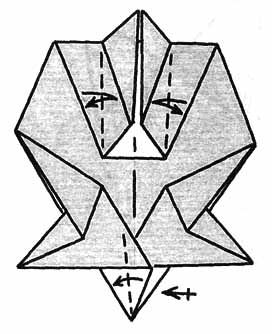 17. Check the result. At the bottom  bend two triangles on the bisectors of the angles.At the top, fold two layers of paper over on the specified lines. 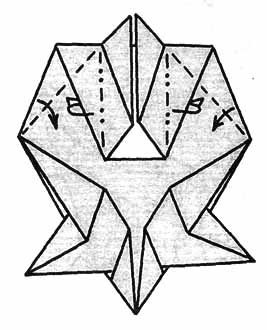 18. Fold the triangles back. 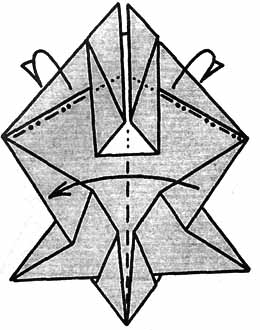 19. Bend the figure in half. Two fold line “mountain” at the top mark the advance. 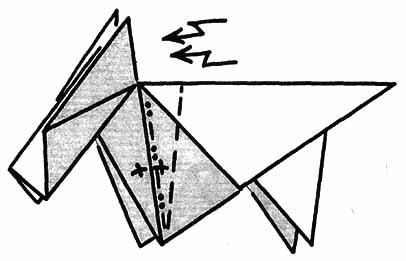 20. Double fold zipper. In this case to execute it not easy. Mark all fold lines in advance. 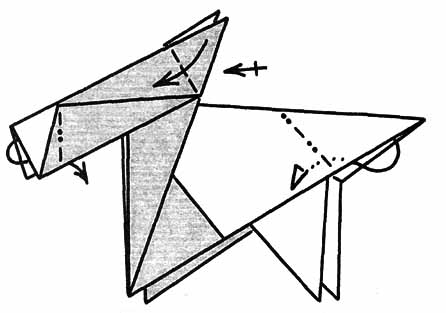 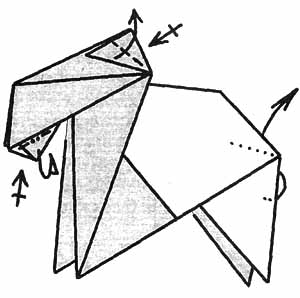 22. Sticking out from under the muzzle triangle bend inside, raise ears and pull the tail. 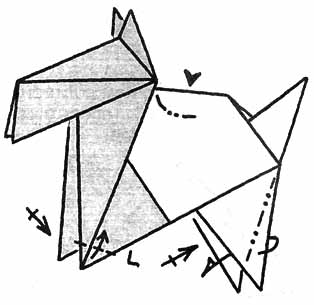 23. Lightly press down on the ridge and take the shape of volume. Paws have to be perpendicular to a floor. 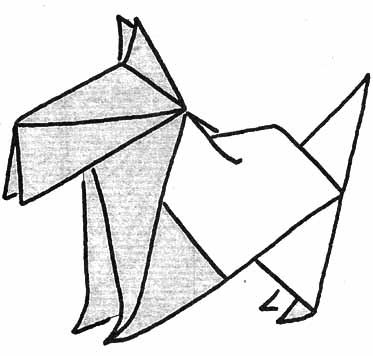 24. Origami a Scottish Terrier is ready.