We fold the sitting cat from paper. 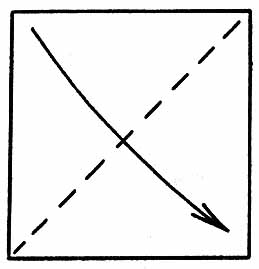 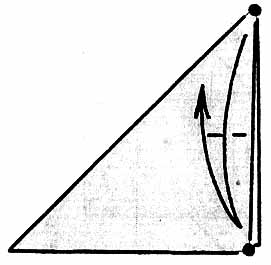 2. Fold right side in half. 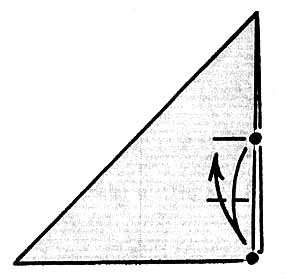 3. Fold the lower half of the party in half. 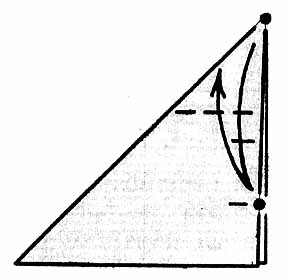 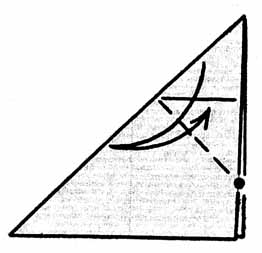 5. When folding over the long side of the triangle coincides with itself. 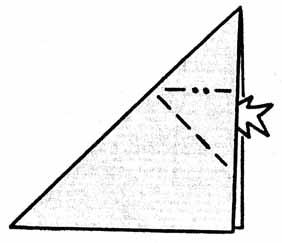 6. Open and flatten out the planned pocket. 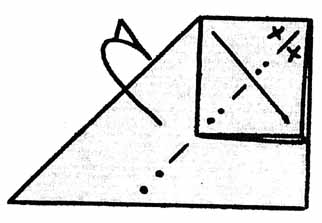 7. Fold the left side of the figure back. 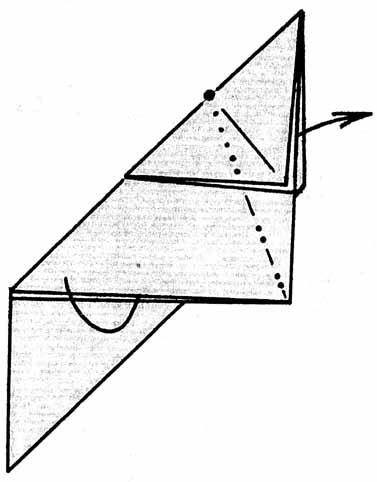 8. Don’t bend the top triangle! The line of a bend passes below it and gets to the middle of the side. Check result on the following picture.

(We need bend as shown in picture 8 and  to twist turned out that left as on the picture 9)
step by step instructions below: 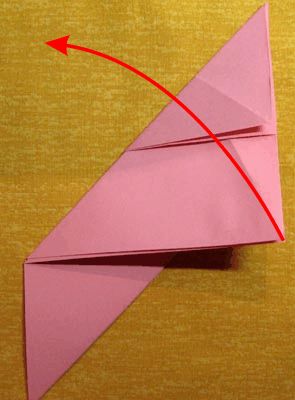 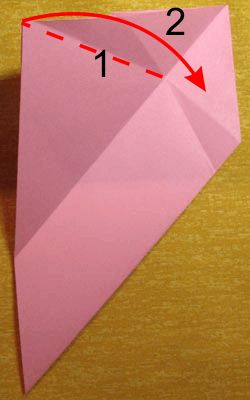 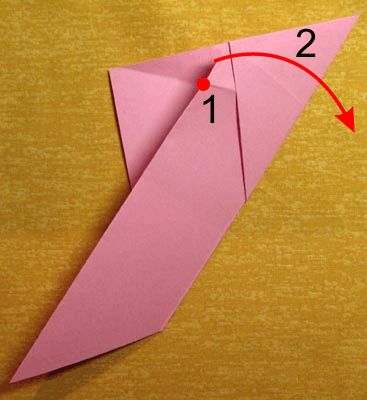 8.3. The planned bend point 1 (it must coincide with the fold identified in paragraph 8.2). Open figure. 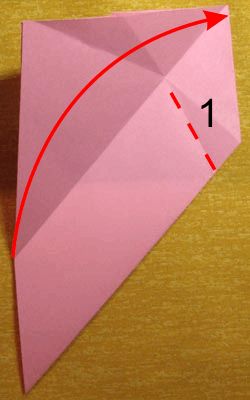 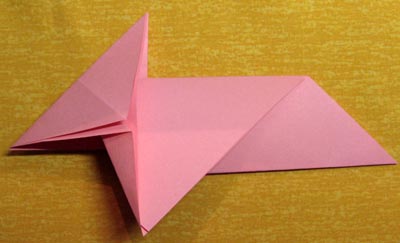 8.5. Something that should happen. 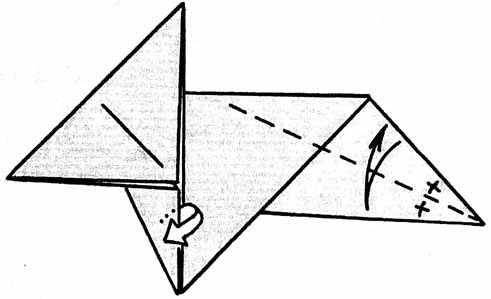 9. Bend on a bisector of the right corner. At the left pull out an cat’s paw. 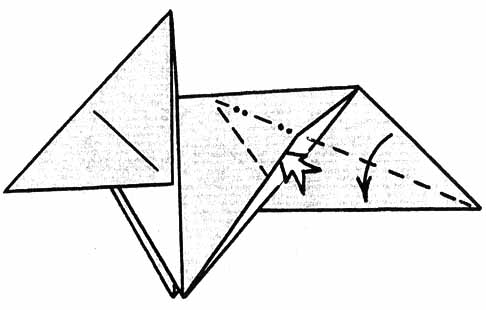 10. At flattening  pocket  the fold “mountain” passes across the planned line only on the top layer of paper. 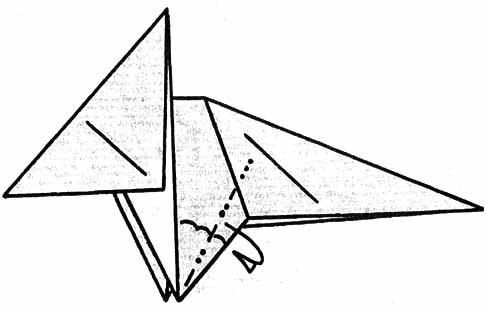 11. Make the outer paw slightly more thinly. The fold line cuts off about a third of the bottom corner. In a tail at the same time it is formed several bends which aren’t shown on the picture.

12. Similarly make thinner a hinder leg of origami of a cat. 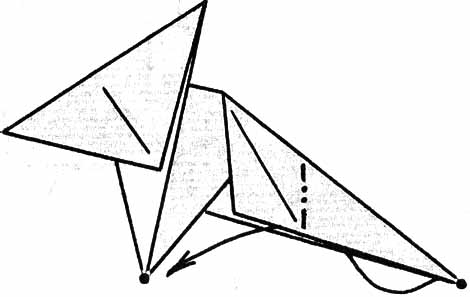 13. Bend inside a tail. Noted points have to coincide almost. 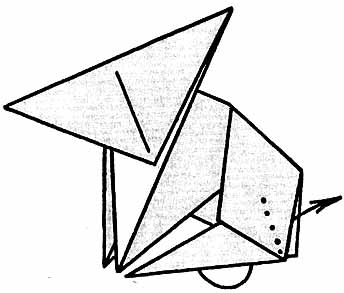 14. Extend a tip of a tail upward. The line of a bend begins from a bottom corner. 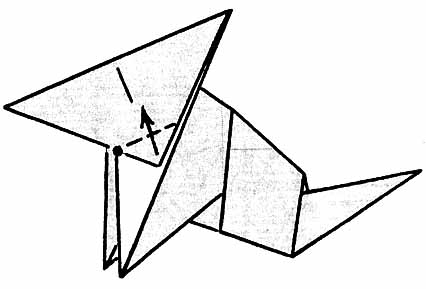 15. Fold the triangle upwards on the muzzle. 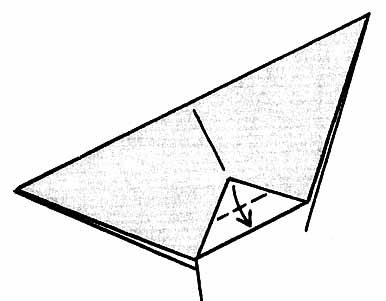 16. Lower the right angle down. 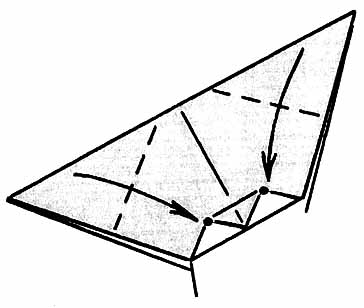 17. Lower the future ears so that the sides of the triangles, would have touched the marked points and were parallel to the average line of the head. 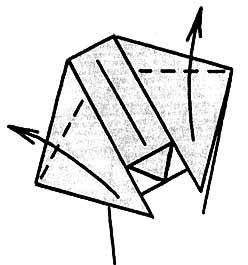 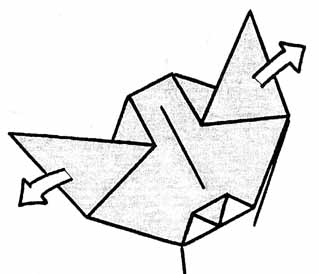 19. Return the triangle ears to the original position. 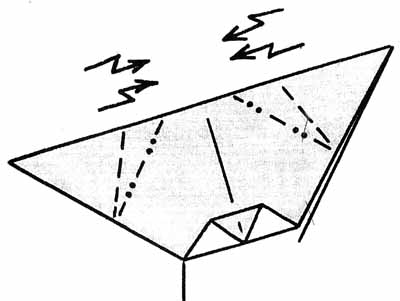 20. On the planned lines to make double fold-lightning. 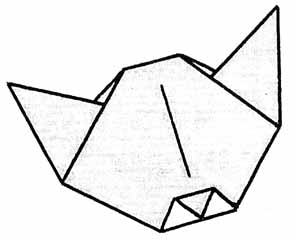 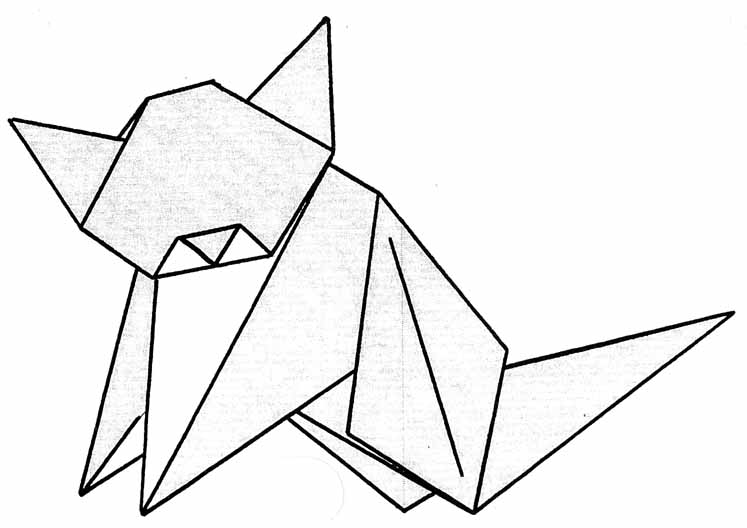 22. Origami the sitting cat is ready.