Scheme origami stag beetle belongs to a rather simple schemes not demanding big knowledge of folding of figures. This scheme of the beetle will suit both the beginner and the small child. For fold origami beetle we need a square sheet of paper. 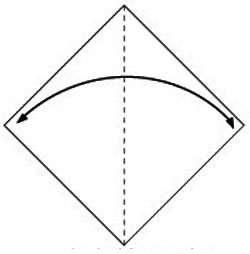 1.On a square sheet of paper, mark the diagonal line by folding and unbending the square diagonally. 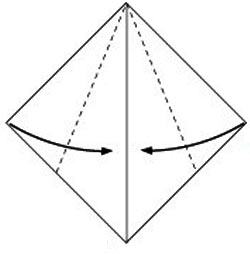 2. To the diagonal line of a square sheet, bend the triangles as shown in the picture. 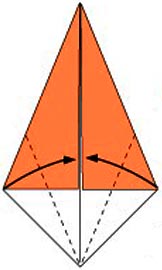 3. Now on the other side we will bend the parties to diagonal.

4. Two turned out pockets turned outside, more details are shown in the following picture.

5. There is shown in more detail the action of paragraph 4. Turn the pocket and smooth it so, that all lines were equal.

6. Bend the upper half leaving the triangles which are turned out in the previous point.

7. To the  midline bend upper part on both sides as shown in the picture.

8. Make a fold (accordion) as shown in the picture.

10. We unbend “horns” of our beetle from paper in the parties. 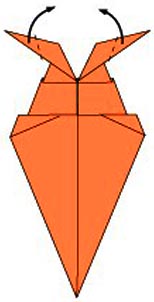 12. Sprain small triangles from sides and quite a large part of the bottom, forming a beetle shell/ 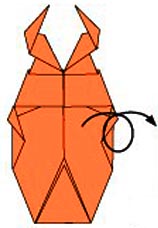 14. You can glue  eyes or draw them. Origami stag beetle is ready!