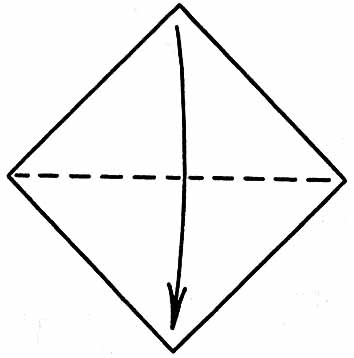 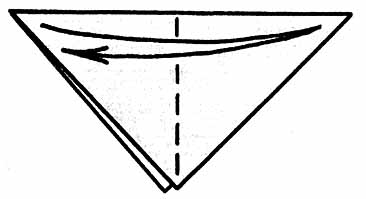 2. Fold in half triangle. 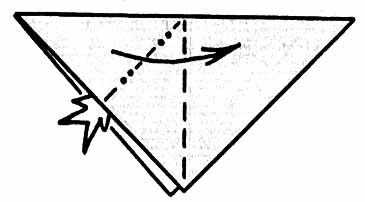 3. Open and flatten out his left part. 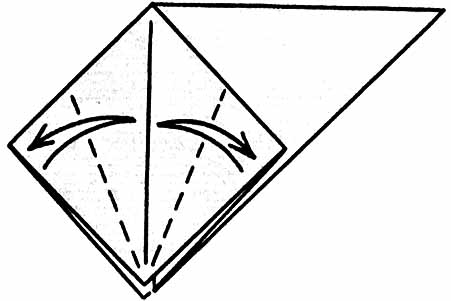 4. Fold the lower sides of the square to the central vertical.

5. Fold on all these lines (two planned “Valley” should be “mountains”).

7. In front and behind fold paper on bisectors of the specified corner. 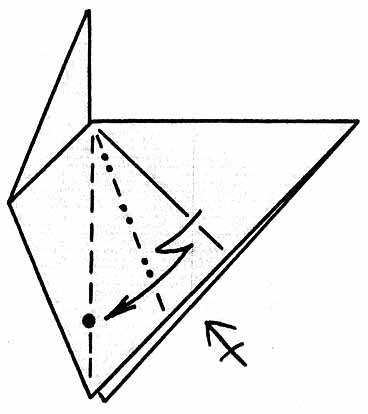 7. In front and behind fold so, that  planned line would coincide with the central vertical figures. 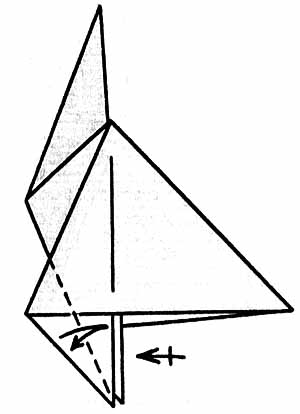 9. Fold every future  foot along the bisector of the bottom corner. 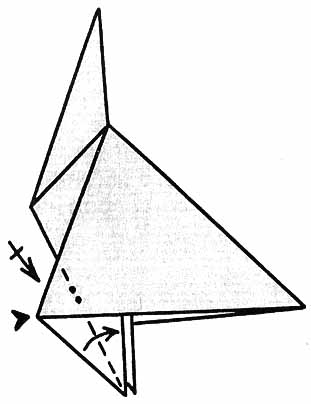 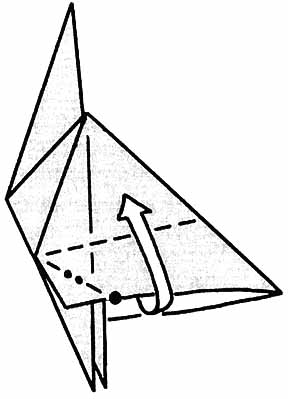 11. Lift one the top layer of paper so,that marked point would lie on the central vertical line figures. 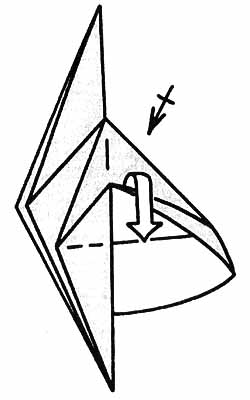 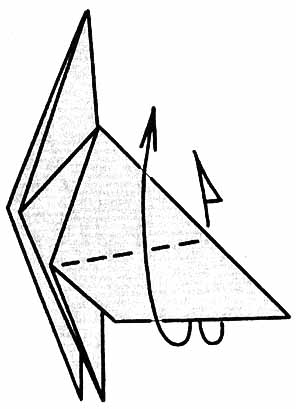 13. Now bend the tail outside on the planned line (for this purpose it is necessary to open wide). 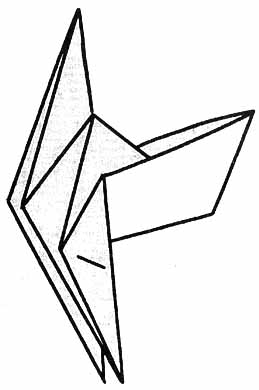 14. Check the results. If everything is correct,let’s start legs.

15.Bend  them on bisectors of the specified angle. 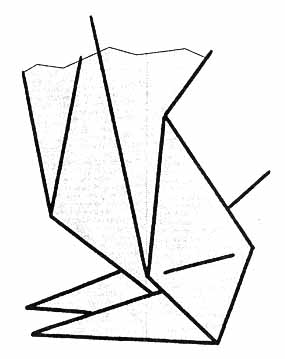 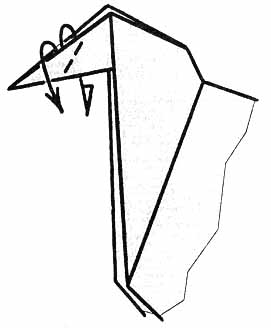 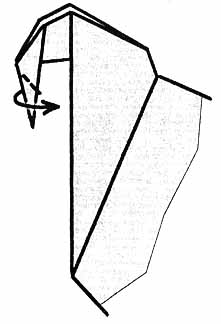 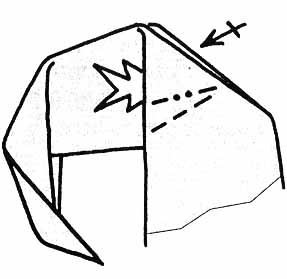 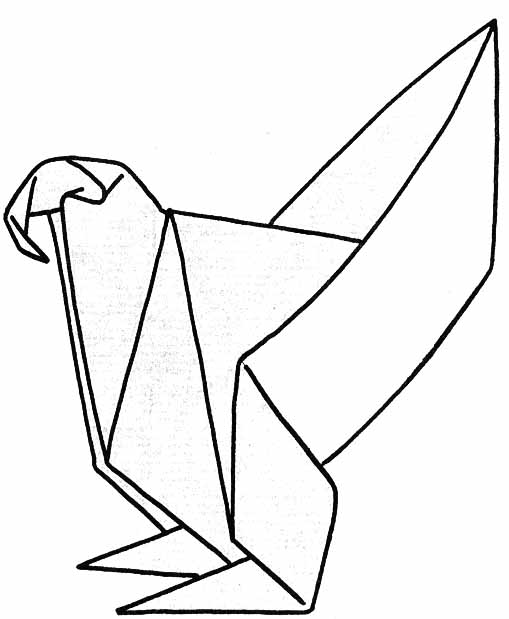 21. The result was quite an impressive turkey!