Hi. Now we to fold  horse from paper. Let’s take the sheet A4. 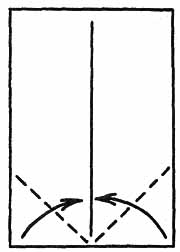 1. Fold bottom corners to the planned in advance central vertical. 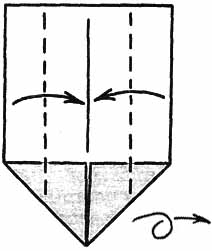 2. Fold to her lateral faces and turn a figure.

3. Fold the top corners to the center vertically.

4. Fold them inside on the planned lines.

5. At the left and on the right plan two diagonals (note from where there is a line of a bend, the corner when bending lays down on the opposite side). 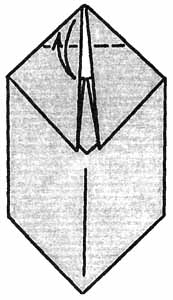 7. Result. Fold upper straight angle to the center turned out above a square.(his halves slightly apart to demonstrate the center). 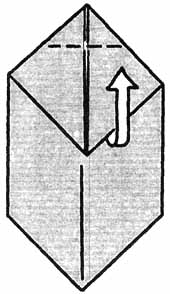 8. “Throw” upward the lower part of a square, taking all layers of paper and folding them the planned line. 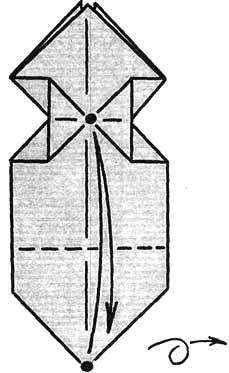 9. Check the result and fold the paper, combining marked points. Turn the figure. 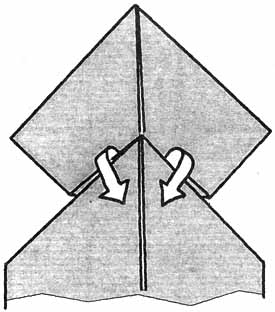 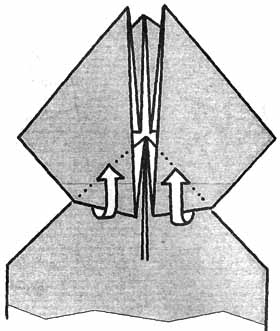 11. Result (all layers of paper slightly moved apart). Pulled-out triangles have to appear again inside, but immediately behind the front plane. 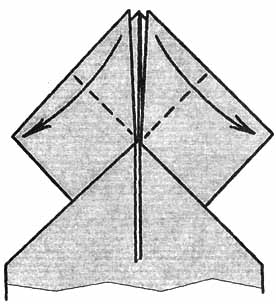 12. Two upper corners combine with the corners at the sides. 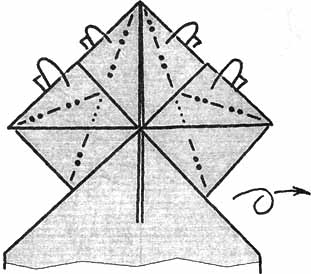 13. Fold at the same time on bisectors of two top and side corners and turn a figure. 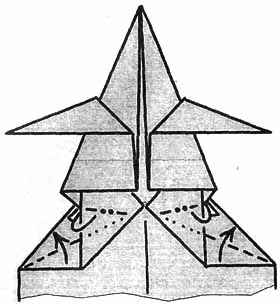 14. Fold the top layer on bisectors of acute side angles,at the same time tucking the the paper under the upper part of figure (two extra lines- not show “valley”). 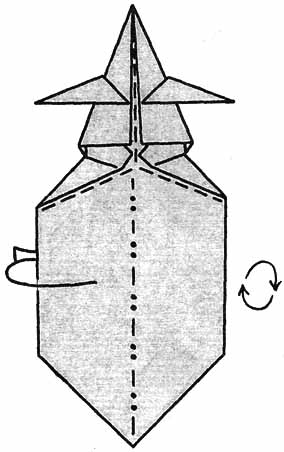 15. Fold the figure at the same time on all specified lines. 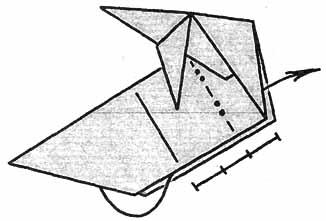 16. Bend the left part of a figure inside and pull out to the right. 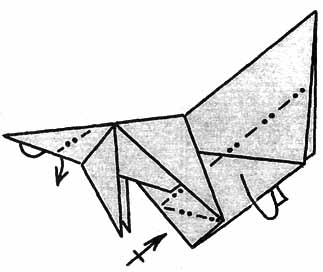 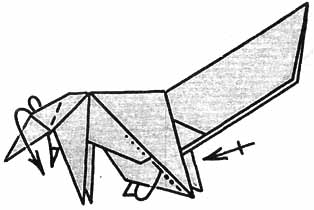 18. In front and behind turn the paper projecting from under the front legs . Curve outside two halves of  tail (hold at the same time his basis with fingers). 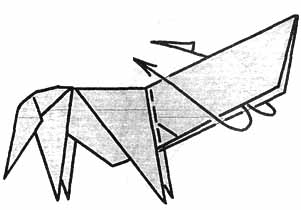 19. Curve future neck on the left. 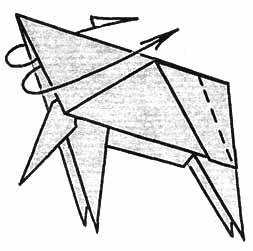 20. Again, fold the paper, returning the neck in a original position. 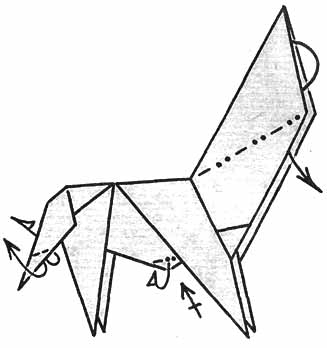 21. Bend her top half inside, turn in corners of a belly and curve a tail tip. 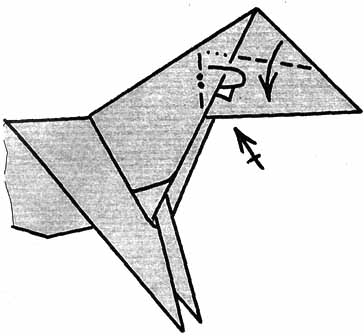 22. Pull down the two upper corners and fold  inside cheeks. 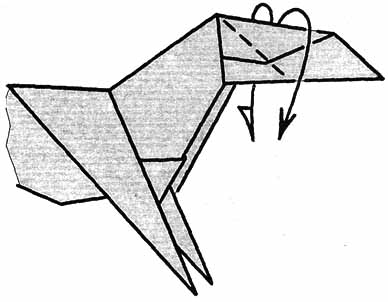 23. Curve outside a forward part of a muzzle. 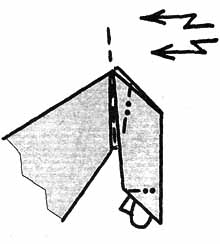 24. Bend a nose inside, and on the place of future ears make double folds lightnings (It is not easy, there are too much layers inside, paper resists!). 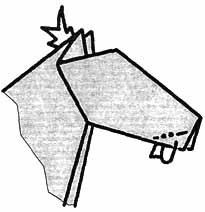 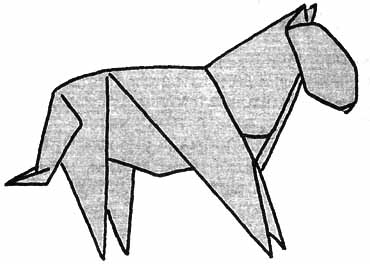